Harmonize is in Kampala for Africa Laughs season 5 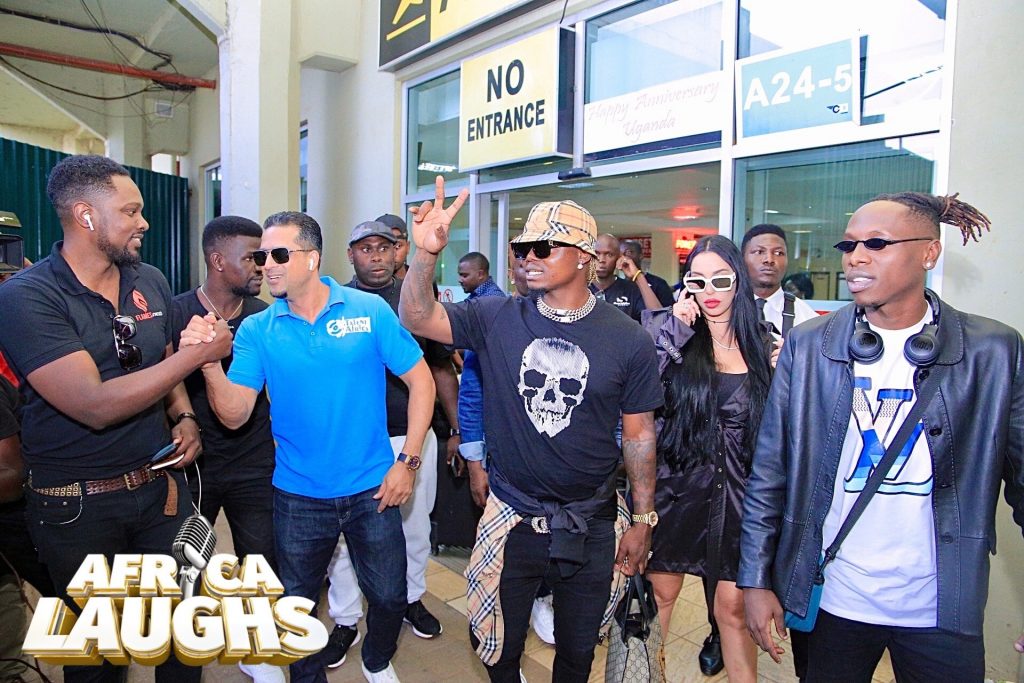 Tanzanian star Harmonize is in Kampala city ahead of the Africa Laughs show slated for today. The day being Valentines, Konde boy will be entertaining the revellers with his love ballads.

Harmonize arrived in the country on Thursday evening at 6:00pm aboard Uganda Airlines. While addressing the media at Entebbe airport Harmonize couldn’t hide his excitement. “Uganda, let’s all pull up tomorrow at Kololo Airstrip. I promise you all a memorable show and let’s not forget to enjoy the show as we celebrate love, it’s all about love.” He said.

Now in Season 5, the Singleton-sponsored comedy fest will also feature some of the continent’s comedy giants like Kenny Blaq, Eric Omondi, Eddie Kadi, and Alfred Kaingo who will share the same stage with the man from Ombokolo Patrick Idringi Salvado.

In addition, there will also be performances from our own crème de la crème, such as Daniel Omara, Prince Emma, Ronnie Mc Vex, Agnes Akite and Madrat & Chiko. Africa laugh held in 2013, Africa Laughs continues to be Uganda’s most sought-after comedy festival. The international comedy giants are already in the country warming up for the big night.