Matembe set to run for Presidency 2021 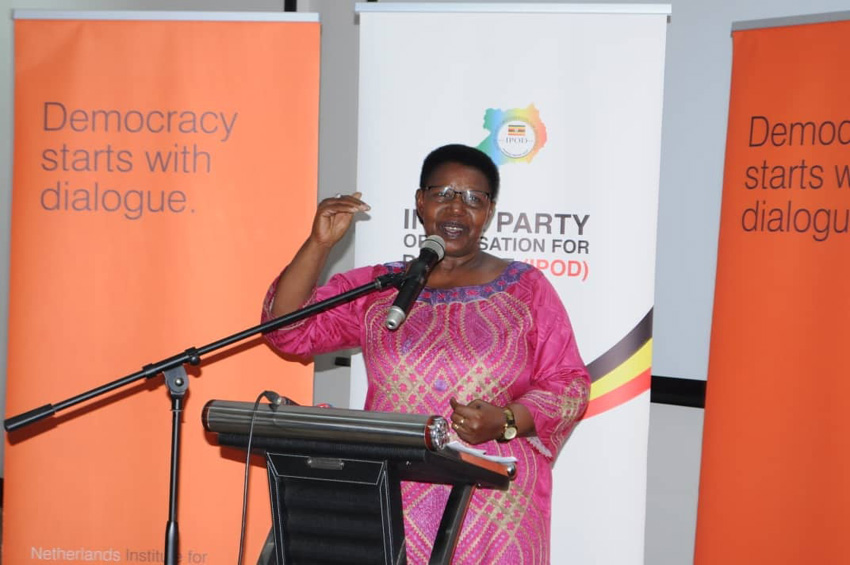 Mrs. Miria Matembe the former ethics and integrity minister has openly expressed interest in becoming the next president of Uganda.

Addressing a group of women leaders in a symposium that was organized to empower them under the theme “Re-imaging leadership in the 21st century” in Kampala, Matembe said that she has gone through all the lower levels of leadership and now dreams of serving Uganda as the President.

Matembe has been one of Uganda’s strongest women’s rights activists and was a member of the Constitutional Commission that created the 1995 Uganda  Constitution.

For close to two decades since 1989, she was a member of Uganda’s parliament and was appointed the Minister for Ethics and Integrity from 1998-2003 after which she became a member of the Pan-Africa Parliament representing Uganda.

Matembe currently serves as the Chairperson of the Citizens’ Coalition for Electoral Democracy in Uganda (CCEDU) a Non-Government Organization that advocates for free and fair elections and democracy in Uganda.

She also noted that being a God-fearing person is what made her strong and has continuously opened doors for adding that with his revelation she is ready to stand for Presidency.

Matembe further urged all women who were in attendance at the symposium to contest at all Political levels adding that Politics is for all Ugandans regardless of one’s gender status.