Prison and Police spokesmen give contrary statements over Inmates death 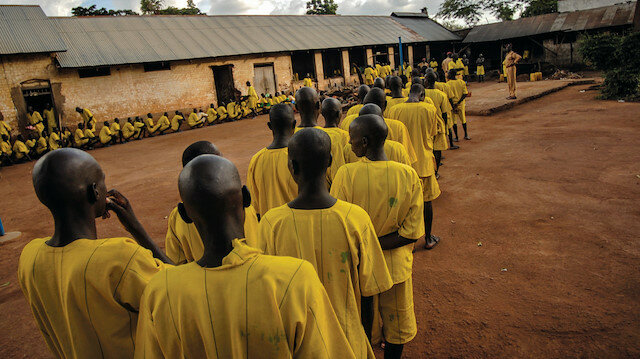 Mugoya Gimoyi an inmate at Maluku Government Prisons in Mbale District has been shot dead by a prison warder.

Mugoya was arrested and sentenced to four years after he was found in possession of stolen property from government stores and has been serving a sentence of four years with effect from 12/12/2019.

According to Mr. Robert Tukei, the Elgon region Spokesperson, the deceased was shot dead by a Prison Warder as he attempted to flee by jumping over the prison’s facility fence.

A team of detectives from homicide squad and scene of crime officers rushed to the scene of crime and the victim was found lying down on the ground bleeding from the left thigh but when examined, he was already dead.

Investigations into the circumstances under which the inmate was shot are ongoing.

However, Mr. Frank Baine the Uganda Prisons Spokesperson said Mugoya died in the hospital differing to the police spokesperson’s account that he died at the scene.