“Bobi Wine was the first artist to pay me in top dollars”, Producer Paddy man 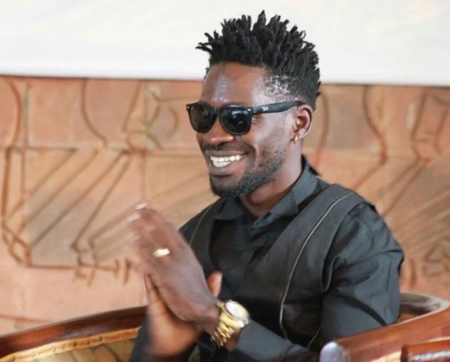 Professional producer Paddy Man, CEO Audio One studio reveals that Bobi Wine was the first Ugandan artist to ever pay him in dollars. He disclosed that he first met Bobi Wine in Kamwokya around 2006 / 2007 after he had released some hit jams like Akagoma, Tata Wabaana, Ladies Wine, Sirimba among others. Self-styled Ghetto President Robert Kyagulanyi Ssentamu alias

He stated that when he met Bobi Wine, what ran through his mind were thoughts of just a mere Rastafarian because of the way he looked with his dreads. He thought he was just one of the random stubborn guys. After getting close to him for a while, Paddy Man then got to realize that he had a very unique and different character from his friends and was very disciplined, unlike others, although he would still brag like the rest.

Paddy Man also opened up on how Bobi Wine used to wish others well and respected each and everyone regardless of their age, size, color, and character. To me, he looked just like a mere Rastafarian because of his dreads and I feared that he would stubborn as the usual dread guys just because I had a church background.

However, when I got to know him better, he was totally a different person, very disciplined and respectful to each and everyone. In fact, unlike other artists, he was very open and wished each well. He went ahead and stated that Bobi Wine’s music is full of inspirational messages, storytelling, and points at the everyday issues that affect the local person.