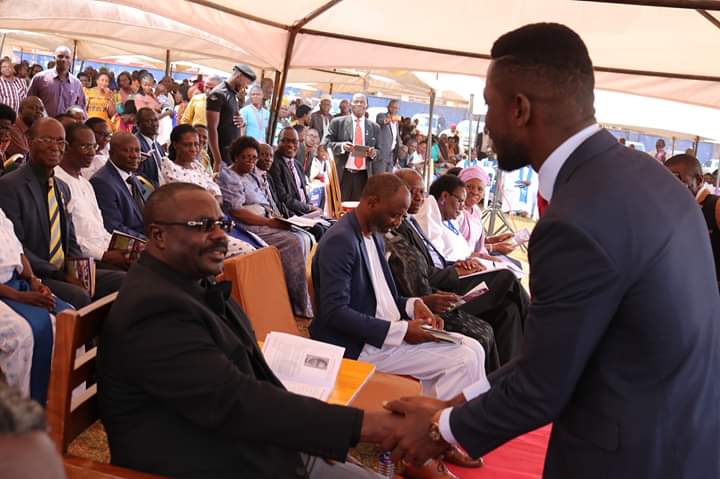 ‘Just like many Ugandans who die everyday due to our poor health services, Maama Jova circumed to Cancer,’ says hon Kyagulanyi.
MP Kyagulanyi told added that Mrs Jova Kafureeka got to learn of her illness a bit late because she could not access a health facility for a mere check up since the country’s health services do not provide for that.

‘She was taken to India and Germany for tests which if we had a functional facility, would be accessed here,’ MP Kyagulanyi states. “Building such a facility would cost about 7bn shillings, an amount that is not so much to raise by our government.” He explained.

Hon Kyagulanyi also known as Bobi Wine argued Mourners to demand for an overhaul in the health sector.“Fellow mourners unanimously agreed that our health system is a diseased institution and without an overhaul, we are destined to die in an indignifying manner.” Mr Wine said. We condole with Hon Hon Karuhanga, his siblings and the entire family, May Maama’s soul rest in peace,’ he stated