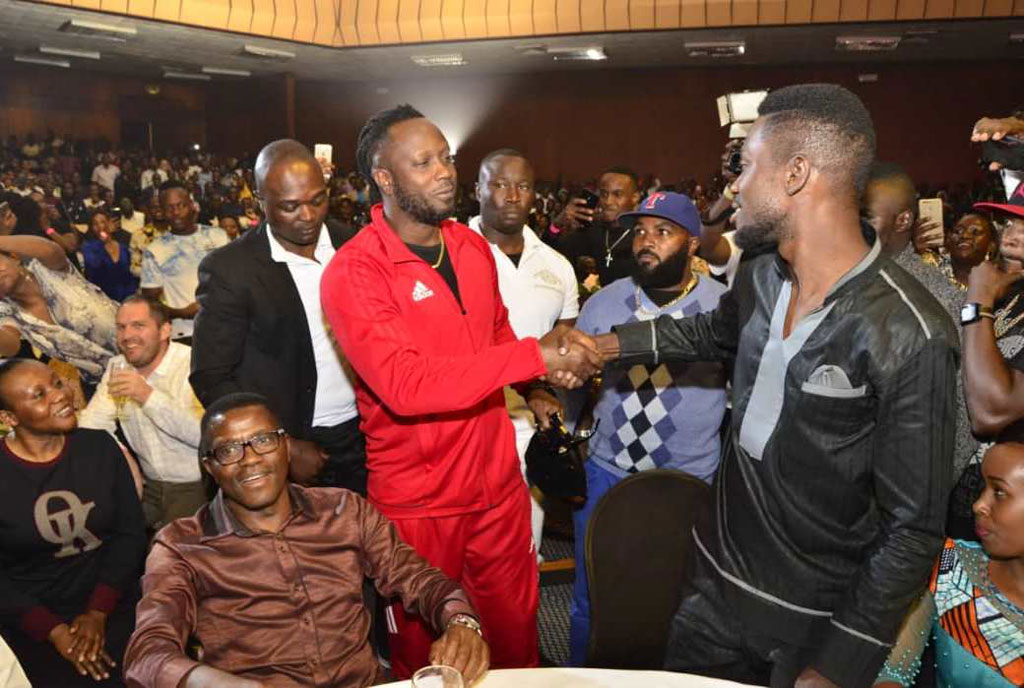 Singer Bebe cool and NRM activist under Silent Majority movement, Moses Ssali aka Bebe Cool has sworn never to be in a country led by Bobi Wine, a drug addict and if by any chance he wins the elections he will go for an exile with his family.

Bebe Cool has given out a solemn declaration that he cannot continue to call himself Ugandan as long as Bobi Wine becomes president. The reason for this is that he can’t stand being ruled by a drug addict. It should be remembered that Bobi Wine had before he took the road to Parliament been a drug Lord, one of the notorious drug abusers in the music industry.

“I am a sober person and i want to see a better Uganda but until we get someone who can replace President Museveni, let him continue leading. I can’t be led by a president who smokes weed and if by any chance he wins, I promise you i will leave this country with my family and we go somewhere else”- Bebe Cool said.

It is against this background the Bebe Cool claims that he will immediately chill out Uganda and go to foreign country in exile as he flees Bobi Wine’s “weed presidency”. It should be remembered that Kyagulanyi’s People Power Movement and Bebe Cool’s ruling NRM have been tearing at one another with selfless abandon in the last two years.