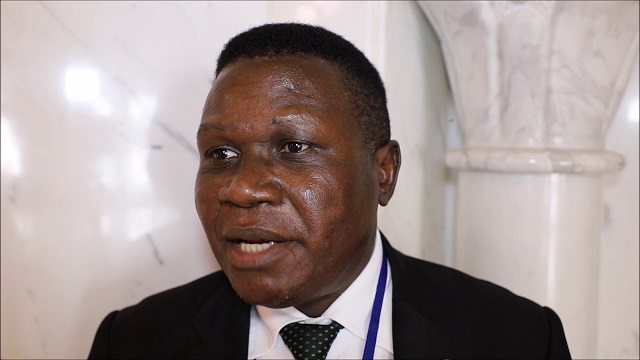 National Executive Committee and DP President say Suleiman Kidandala is accused of defying party directives and issuing contrary register books causing confusion that has affected implementation of the party roadmap. Kampala, Uganda. The decision was reached during an extra-ordinary NEC meeting held on Friday at the party headquarters at Mengo, Balintuma road.

The six hours meeting that started at 6:00 pm and ended at 11:00 pm had earlier in the day been disrupted by angry youth who accused NEC members of planning to sack Kidandala. According to DP President General Norbert Mao, Kidandala was suspended with immediate effect until further notice and replaced with his deputy Shafik Dembe. Kidandala who did not attend the meeting is accused of defying party directives and issuing contrary register books causing confusion that has affected implementation of the party roadmap.

Kidandala had earlier distributed green books that Mao later recalled saying the genuine ones were white in colour and distributed at the headquarters. There was confusion as some registers were even recalled from areas of Wakiso and Mukono while some areas had not received registers something that also attracted petitions from Mukono, Wakiso, Masaka and some parts of Kampala.

NEC also directed leaders of the branch and sub-branches to adhere to the NEC directive and use the white registration and return forms that bear the party seal and deliver all registers and return forms to the party headquarters through the office of the Secretary-General.

The meeting also resolved that NEC takes over implementation of activities in Wakiso, Kampala and Mukono districts. However, Kidandala says the resolutions of the meeting are not binding. He says he will go on with party activities including distributing election materials. Kidandala also says he is still in touch with party leaders in districts who are seeking for materials to registration and elections.