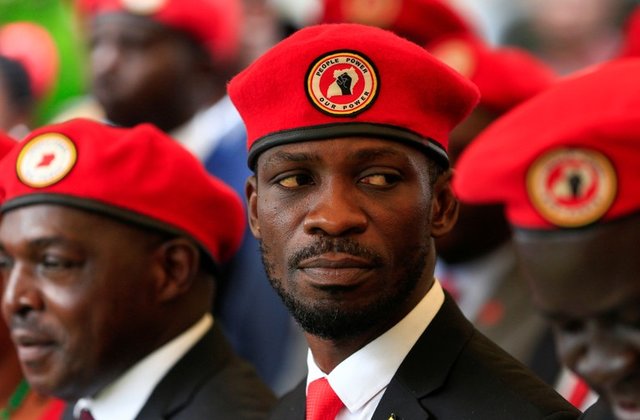 Bobi Wine officially declared intentions to run for Presidency last year and was granted permission by the Electoral Commission to kick start his countrywide consultations as per Article 103 of the 1995 Uganda Constitution.

Article 103 allows a presidential aspirant to consult the electorate in preparation for nomination as a candidate 12 months before the date of nomination but Police foiled his consultations even when he had a go-ahead from the Electoral Commission.

On Friday 14  February 2020, Bobi Wine wrote to the Inspector General of Police notifying him of his intentions to resume consultations adding that his first meeting is scheduled for 24 February at Pope Paul Memorial Center, Ndeeba and over 1000 Ugandans are expected to attend.

“I write to notify you of my intention to hold a consultative meeting in line with Section 3 of the Presidential Elections Act. The meeting is to be held on Monday 24th February 2020 between 9:00 am and 5:00 pm. The venue will be Pope Paul Memorial Centre, Ndeeba block 16, Plot 6869 Cardinal Nsubuga Road, Rubaga Division in Kampala,” reads Bobi Wine’s letter to the IGP in part

Bobi Wine was scheduled to start the first round of consultation meetings on 6 January 2020 from Kyadondo East and later Gulu, Lira, Adjumani, Yumbe, Arua and Zombo but Police foiled all of them saying that Bobi Wine had not fulfilled all the Public Order Management Act requirements.

A few weeks ago the Electoral Commission, Police, Bobi Wine, and some Presidential aspirants agreed on how the aspirants should conduct their consultation meetings as provided for in the constitution without clashes with security.

During the meetings, Police asserted that presidential aspirants should not hold political campaigns in the guise of consultations, as guided by the Commission adding that the candidates should not at any time hold processions.