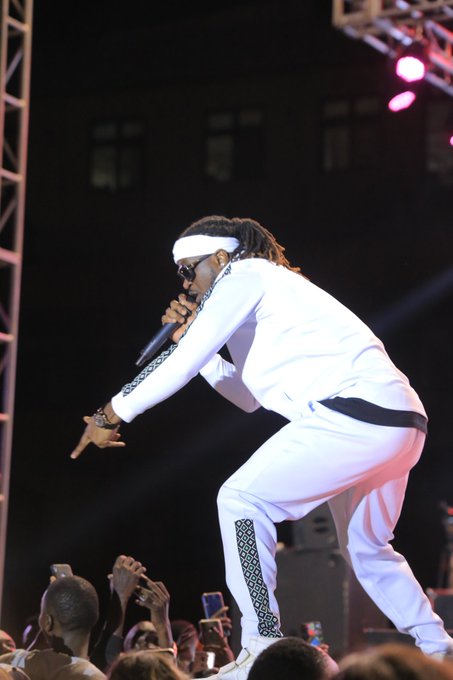 While at the event, there was a blackout that took about 10 minutes sending Chameleone and Cindy off stage. Events Promoter and Businessman Balaam Barugahara has revealed why he ordered his boys to switch off the music sound a few minutes before Rudeboy came on stage on Saturday at Cricket Oval. “Comedian Alex Muhangi asked me to provide stage and sound for the Rudeboy concert and I did after I received part payment,” Balaam says.

He went on and said that the show went on without him receiving his balance of Shs7M. While in Hoima, Balaam realized that Muhangi was not the main organizer of the show and he decided to switch off the sound by ordering his boys at the show.

It is reported that Deejay Chi who was the real event owner of the show thought he would go on with the show without clearing the balance. Balaam who had dealt with Muhangi knew it would be easy to find Muhangi for the balance but not Deejay Chi who would after all return to Nigeria. If it wasn’t for Muhangi, Balaam says he wouldn’t have switched on back the sound.

“Muhangi called and texted me begging for my help to him keep Rudeboy’s image safe and he promised to pay the money by himself,” Balaam said.It was until then that the sound was switched back on and the show resumed.