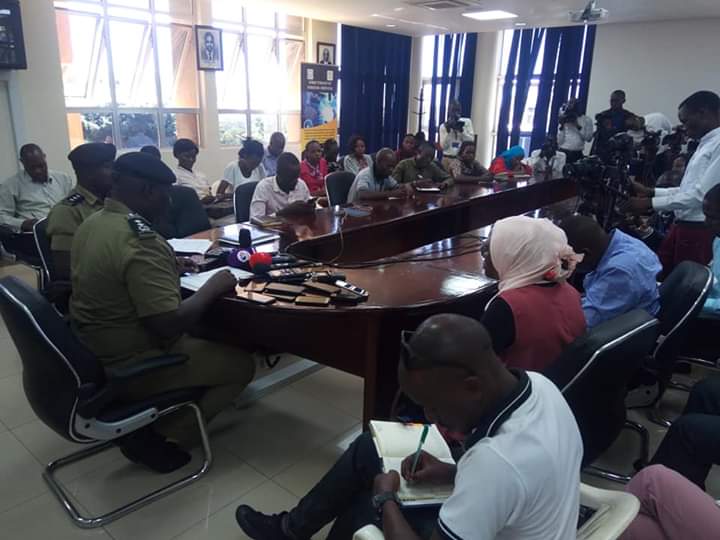 CP Fred Enanga the Police Spokesman and ASP Luke Owoyesigyire the Kampala Metropolitan Police Deputy PRO  are currently addressing the media on the general security situation in the country.

Notably CP Enanga has informed the media that so far the task team actively investigating the murder of Sheikh Mutumba Masudi, 60, the imam of Iwemba Masjid Noor, Iwemba Sub County Bugiri district, has so far arrested 8 suspects of one family, highly connected to the senseless killing. It includes a boda boda rider who transported the killers to and from the murder scene.

Witness’ accounts on the shooting

Sheikh Matumba Musudi was shot at his residence just as he attended to a phone call. A ten year old witness who says he witnessed the gruesome killing pins a visitor that had paid homage to the home of the deceased. Shop attendants in the neighbourhood say they saw a fleeing suspect donned in a black hooded attire. Residents chose to ignore him to flee in fear of being shot at since he was armed. They however notified the police which responded 45 minutes later. The police delayed response granted the suspect ample time to flee the scene. Another source says the police patrol suffered a flat tyre as it attempted to pursue the criminal.