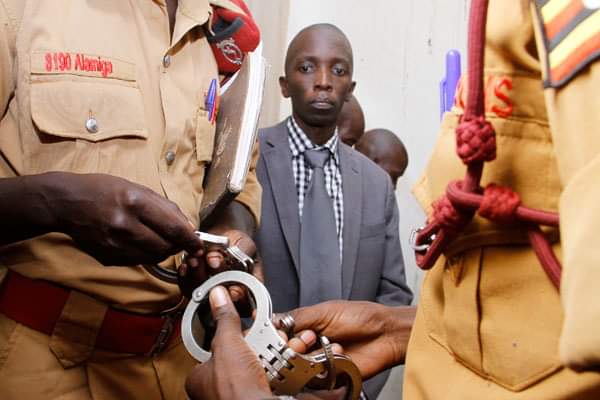 While delivering his verdict, Justice Moses Kazibwe relied on core evidence produced by the detectives who established that Brian Bagyenda was in his rightful senses while committing the gruesome offence. This establishment is contrary to what Bagyenda’s lawyers had said earlier. They were alleging that their client has mental disturbances and perhaps he could have committed the offence when he was not in proper shape. Bagyenda was examined at Butabike mental hospital where findings proved he was in his right senses.

It is said Bagyenda dismissed his domestic staff and asked him to go to Kaleerwe to attend to other duties. This was at the time he was planning to kill Enid, a then 22 year old student of Ndejje university. Findings show Bagyenda even had time to close his curtains, increase his TV set volume and went ahead to kill his enstranged lover. Upon finishing the murder, Bagyenda fled to Masaka for refuge and only returned to Kampala after some time. He chose to abandon his Luzira residence and slept in a hotel room rented under a different identity. The judge has ruled that all this could not be done by an insane person.

Brian Bagyenda is the son of Kaka Bagyenda, the head of the Internal Security Organisation (ISO)