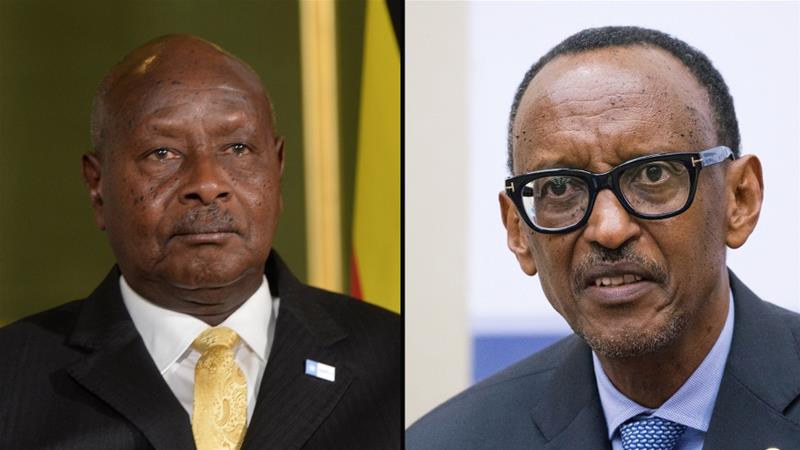 Uganda and Rwanda are inching closer to a deal that could see the Katuna border point reopened about a year since it was closed over frosty relations between the two landlocked neighbors. The meeting that ended late Friday night in Kigali saw Uganda’s Foreign Affairs Minister Sam Kutesa and Ambassador Olivier Nduhungirehe Rwanda’s junior Minister in charge of EAC Affairs set pace for their countries’ leaders who are expected to meet at the Katuna border on February 21, just 19 days since their last meeting in the Angolan capital of Luanda

But some spiky issues remained, the prickliest being allegations that Kampala is supporting rebels seeking to disrupt Rwanda’s political stability. Nduhungirehe gave details about this allegation. He said Kigali believed that Uganda was harboring and backing members of the Rwanda National Congress and RUD-Urunana in her territory. He demanded that Kampala arrests and extradites rebels “so that they can face justice in Rwanda.”

The Rwandan Minister also told Uganda to “refrain from all actions meant to destabilize Rwanda and eliminating all factors that may create such perception.” Nduhungirihe offered evidence to the effect that Uganda was backing Rwandan rebels. He named NGO Self Worth Initiative’s officials Sula Nuwamanya and Prossy Bonabana as collaborating with RNC and Government of Uganda (GoU). He also claimed Mukankusi had visited Kampala on January 2020 to deliver vital RNC information to GoU.

The Minister also labelled Pastor Deo Nyirigira and Dr Sam Ruvuma top “RNC Uganda Province” contacts and accused them of engaging in activities of “recruitment, restructuring, mobilization, fundraising, forming new cells and committees in various parts of Uganda, especially in Kyangwari and Nakivale refugee camps, and Mityana.” He even offered details about the transport means the rebels allegedly used, as well as the purpose of the controversial meeting.

“The Ugandan government undertakes to verify and respond, by February 20, 2020 – to some of the most pressing issues capable of immediately being addressed and further investigate and respond to the other issues,” read a communique signed by the ad hoc commission after the Kigali meeting.

In late January, Kagame told diplomats Rwanda was not in a hurry to re-open the Katuna border.