Uganda tasked to explain her growth with rampant unemployment 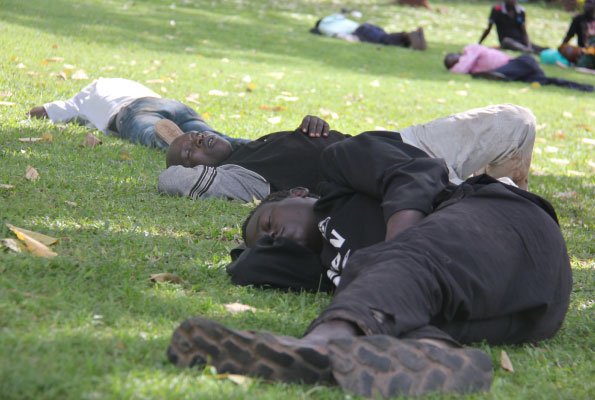 The World Bank has asked Uganda to explain why the Country keeps growing but unemployment remains rampant and even those employed have stagnant incomes.

During the Economic update for Uganda, World Bank noted that Uganda’s level of per capita income was by 2018 still behind its neighbors adding that the progress against poverty remains insubstantial especially in rural areas.

Despite the industrial sector contributing over 30% to Uganda’s economy, the service sector’s contribution fell to below 50%.

The Chief Economist for World Bank Uganda Richard Walk said that while industries are supposed to produce more quality jobs, Uganda’s case is a different story.

While Uganda needs to create about 660,000 new jobs per year to cater to the young people leaving the education system, there is most likely going to be a crisis by 2030 when the need for created jobs rises to 1 million jobs each year.

Out of the 660,000 jobs, Uganda can only create 75,000 new jobs which are far below what is needed and even those employed are being paid peanuts which can’t improve their wellbeing.