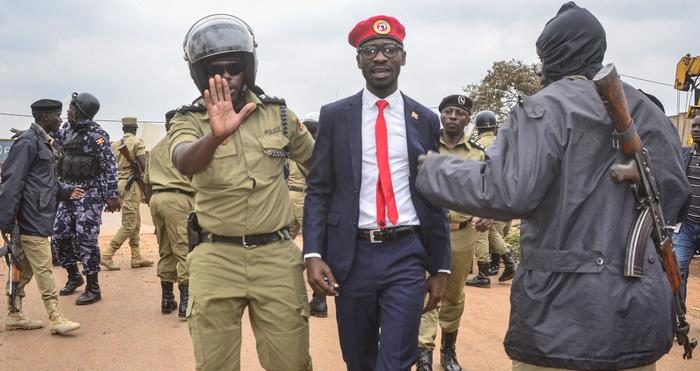 Kyadondo  East Legislator and People Power movement Team leader Robert Kyagulanyi Ssentamu aka Bobi Wine has been cleared by the Electoral Commission to go ahead with his consultations despite Police taking him around in circles.

The Electoral Commission Chairman Simon Byabakama revealed that the EC had cleared Bobi Wine and 20 other Presidential hopefuls to kick start consultations as soon as Police gives a green light to them.

Byabakama also noted that there is a huge number of aspirants eyeing the Presidential seat and some are still registering.

At beginning of this week, Bobi Wine announced that he was resuming his nation-wide consultations following an agreement between Police and EC but Police has since requested him to officially write to them even when he submitted his notification letter last week on 14, February.

In preparation for 2021, the Electoral Commission has started displaying the voter’s register which shall begin on 19th February -10th March from 8 am-6 pm including weekends.