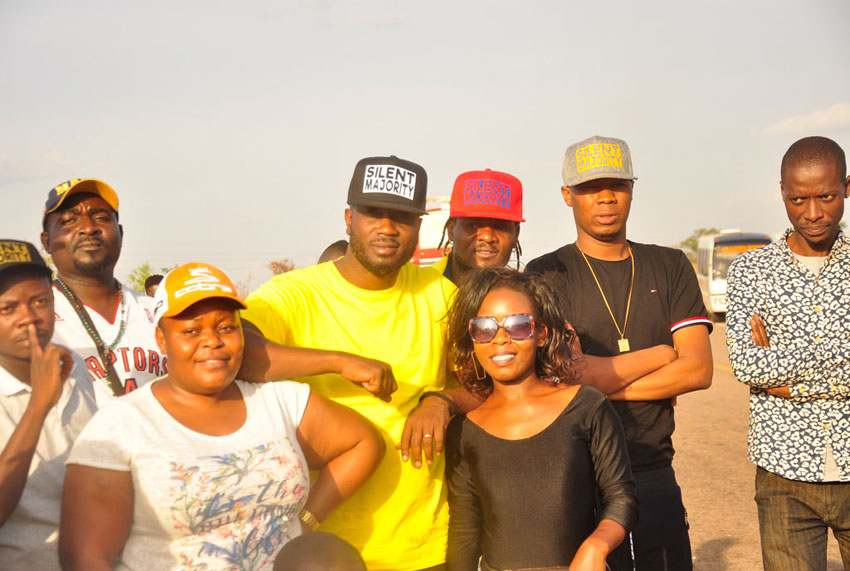 Kyadondo East Legislator Robert Kyagulanyi Ssentamu aka Bobi Wine has warned Musician colleagues against siding with President Museveni ahead of 2021.

Bobi Wine made these remarks during a meeting with artistes who belong to the  Umbrella body “Bobi for 2021”. Bobi Wine asked artists to stay vigilant since President Museveni is only using them to play politics in the run-up to 2021 elections after which he will dump them.

“Take my advice to all our fellow artistes and show them that we are their real family. Museveni is only using them and it is us that see them as a family because in my eyes you’re all like those decorated generals and the only difference is that you’re more law-abiding than them. Let’s send a message that unites Ugandans,” Kyagulanyi said.

At the same event, Kyagulanyi re-echoed that the People Power Movement is not violent or tribalistic as some people are trying to label it adding that because of the love for Uganda, the movement is using peaceful means to cause change.

He also noted that President Museveni is not the alpha and Omega, therefore, artistes have no reason to fear him adding that they would rather use that fear to respect Ugandans who according to Bobi Wine are much stronger.

“When you live the life of people, you live forever. Museveni might give you a billion shillings and you fail to find where to eat it from,” he said.

Bobi Wine recently announced that he was set to kick start his presidential consultations on 24 February but Police has, in the same way, said that he needs to officially notify them even after they received a notification letter which has left Ugandans shocked about how Police is being used to run political battles.