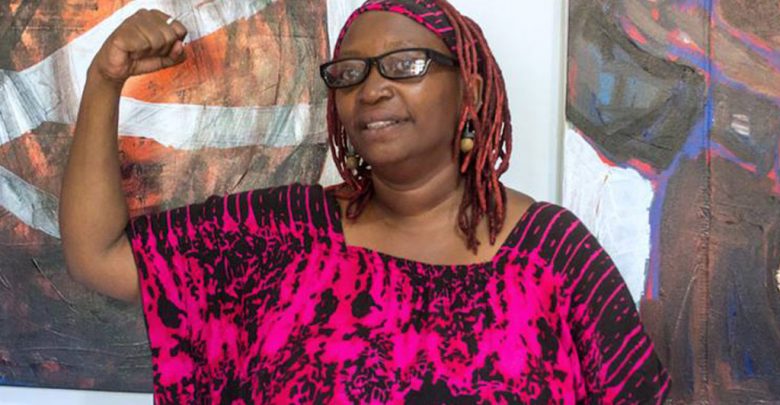 Renowned feminist and former Makerere research fellow, Dr. Stella Nyanzi is to be released tomorrow according to emerging reports.

Sources familiar with the jailed academician say her prison sentence is coming to an end today at midnight. Preparations for her homecoming are in high gear with a number of activists warning up to receive her with a warm accolade. Annette Namata alias Nana Mwafrika Mbarikiwa, a close friend to Dr. Stella Nyanzi confirmed her release in a Facebook post in which she asked other activists to liaise with her to make outstanding arrangements for her return.

On September, 16 2018, Dr. Stella Nyanzi published a churlish and ‘obscene’ birthday poem tribute to President Museveni just a day after his 74th birthday. In the poem, Dr. Stella derided Museveni’s late mother, Esteeri Kokundeka.
The poem eventually led to her arrest in November 2018 as she attempted to access her office at Makerere University. She was first detained in police custody at Kiira police before being arraigned before Buganda road court where she declined bail and consequently got remanded to Luzira women’s prison. In prison, she served 9 months before she appeared in court under a live video conferencing from Luzira prison.
Dr Nyanzi is set to face court on Thursday 20th Feb as her sentence ends. Her supporters have already taken to social media preparing to welcome her with immense love.
Dr Nyanzi is a research fellow at Makerere University Institute for Social Research. She is a philanthropist, activist, and a writer.

In prison, she wrote a book titled ‘No roses from my mouth’ which is a collection of her poetry works. The book got published and currently, the first batch is out of stock.