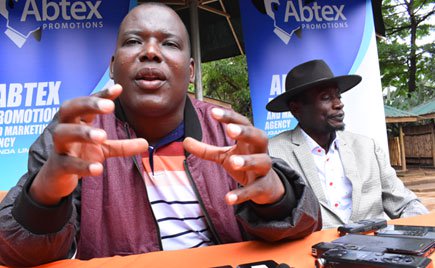 Events Promoter Andrew Mukasa aka Bajjo is now a free man after Buganda Road Magistrates Court dismissed a case in which he was accused of inciting violence and annoying the President.

According to the Trial magistrate Stella Maris Amabilisi, she ruled that prosecution had failed to present a witness adding that she could not keep adjourning the case.

The case has been in court for seven months but the Directorate of Public Prosecution (DPP) was still not sure of when to bring witnesses.

For the Last Seven months, Bajjo’s case had been adjourned eight times without the prosecution presenting its witnesses.

Erias Lukwago who was representing Bajjo opposed a request by the state prosecutor Ivan Kyazze to adjourn the case after Kyazze requested that the court issues a warrant of arrest against Henry Mugumya who had been presented as a witness but failed to honor the summons.

In July 2019, Bajjo was arrested at centenary park during a press conference in which he announced a marathon organized to support Kyadondo East MP and musician Robert Kyagulanyi aka Bobi Wine to raise the money he had lost over a number of failed concerts and children who lost parents during the infamous Arua riots last year.

Bajjo’s arrest came after a viral video in which he was allegedly inciting people to cause an uprising against Museveni and his government and was later released on a Shs 4 million cash bail while each of his sureties signed a non-cash bond of Shs 20 million.