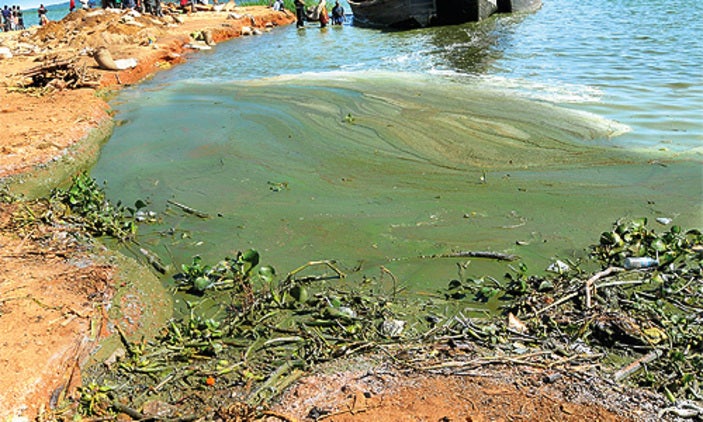 Lake Victoria, the world’s second-largest fresh-water lake, is threatened by uncontrolled flow of pollutants into its waters and the pollutants could lead to the collapse of the lake’s multi-billion fish industry.

Environment experts have said that Government’s negligence in conserving wetlands is the cause of mess on Lake Victoria and its pollution adding that either Government Acts now or never.

A research that was carried out by the Nation Media Group indicates that Lake Victoria is heavily polluted following the disappearance of several wetlands around Lake Victoria over the years in a bid to feed the demand of the rising population and industrialization.

According to the National Water Sewerage Corporation Officials, the Release of raw sewage into the lake by various local authorities has increased the level of toxic substances in the lake, thus endangering fish and has also raised the cost of treating the water to make it safe for human consumption.

Several parts Of Lake Victoria have green water since algae and other impurities have taken over the water surface which Environmentalists say is likely to worsen if Government does not act with urgency.

Mr. Frank Muramuzi, the executive director of NAPE, says pollution of Lake Victoria is not news anymore adding that Government needs to act to save Lake Victoria since a lot of research and Talking have been done with less action.

However, The NEMA Boss says NEMA can only succeed in the war against environmental degradation if citizens are on board in terms of conserving the environment if Lakes and Wetlands are to be saved.

Last month, the Lands ministry announced the cancellation of 300 land titles, which it said were issued in the wetlands after the enactment of the laws in 1995 that were issued in wetlands in Kampala such as Ntinda, Kinawataka, Kyambogo, Bukoto, Nakawa, Bugolobi and Namuwongo.

After the 2014 Cabinet directive to cancel all land titles acquired in Wetlands, a verification exercised revealed that more than 17,000 land titles had been issued in the wetlands of Kampala and Wakiso.