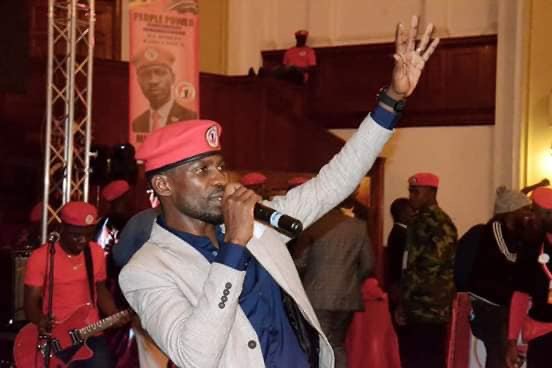 The Kyadondo East Legislator Robert Kyagulanyi, a.k.a Bobi Wine opened up the Secretariat of the People Power Movement which will work as the head quarters of the movement.

Speaking at the same function. Bobi wine urged opposition members to disdain from attacking each other which gives their adversary Museveni more grounds to weaken them.

According to Bobi Wine, all opposition members are fighting for the same cause of overthrowing the ruling government come 2021.

He however says that all forces of change must first unite and desist from such attacks in order to be assured of victory.

“Let us stop attacking each other because we all have the same cause. Let us work together and cause change,” he said.

He went ahead to urge his members to go and verify their names in the National Voters’ register to establish whether they are credible voters.

Bobi Wine, who has since announced that he will run for president come 2021, said that he will resume his nation-wide consultation meetings after coming to an agreement with the Police and the Electoral Commission.
“We have fulfilled all the necessary legal requirements for our consultations but police has adamantly refused to clear them.” He said.

“We know that the EC is the institution responsible for overseeing and organizing elections. We had planned to see them but they also invited us to have a conversation. We decided that we are going to reschedule the program for our consultations. We shall write to the Electoral Commission and also write to the police,” he added.