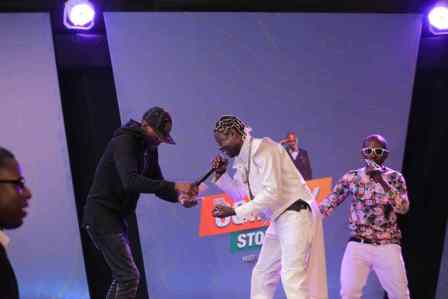 It’s rumoured that the musician Gerard Muwonge alias Clever J is now demanding for music battle with veteran singer Jose Chameleone shortly after the Leone Island Music Empire CEO gifted him with a music collaboration so as to resurrect his fading music career.

Faded singer Clever J have been trying hard to revive his career. He recently suggested that he is more talented than Jose Chameleone. He wants to battle with his former boss musically rather than working on a song together.

But disappointed Chameleone has laughed   at the idea saying that Clever J should first battle Lil Pazo before he dares him. Chameleone says he just doesn’t battle anyone. he has been in the past battled Bobi Wine.  He refused to face it off  with Bebe Cool so Clever J might not stand a chance. He may be forced to put the idea to rest.