Lessons to draw from Nyanzi’s trial 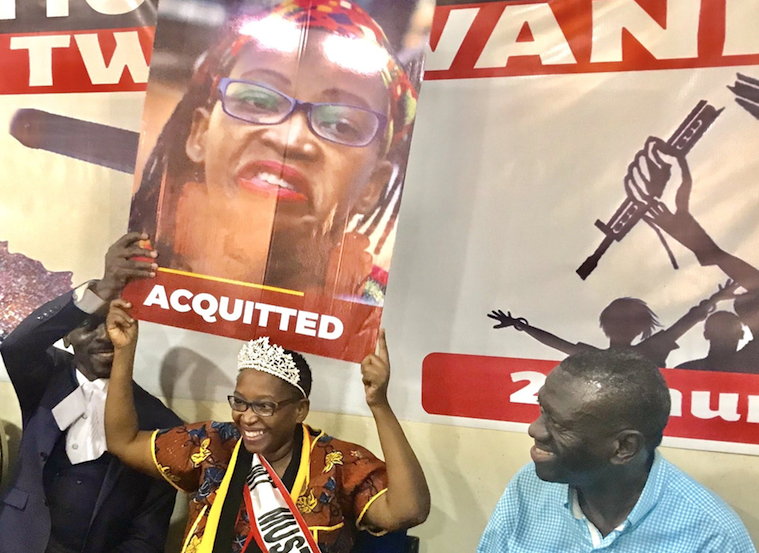 High Court judge, Henry Peter Adonyo established that the Ugandan laws on computer misuse are unclear with no clear directions. In the entire trial, the prosecution did not subsequently define what a computer device is, on top of failing to distinguish if the accused had used a mobile phone or another device. The defendant’s counsel, Isaac Ssemakadde castigates the state for failing to adduce enough evidence to implicate his client. He accuses the Buganda road court magistrate, Gladys Kamasanyu to have been biased at the time of delivering her ruling. This is one of the flaws justice Adonyo cited while reading his verdict. ‘We want the judiciary cleansed. What we’ve seen today shows the temple of justice has long been abused and misused,’ Counsel Ssemakadde rold the press gathering yesterday at Katonga road. To add on the misuse of the judiciary as a political arena, Kampala Lord Mayor ,Erias Lukwago tasked Ugandans to rise and repel what he defined as obnoxious laws set by the regime.

The assertions placed by Lord Mayor and Counsel Isaac give us an insight into the regime’s abuse of the prevailing laws to sustain its interests. The regime quotes the constitution and laws to create it’s own fictional laws in their favour. Dr. Stella herself says it was not her on trial but rather the judiciary itself. This case shows the regime can use legitimate means to pursue their interests. In the first place, all they wanted to see was Stella bowing down on her knees to make an apology. Being an opposition affiliate, she defiantly declined since such an act would deprive her of all praises she had been showered with. Back to the case itself, we would advise the judiciary to stick to its core principles of administering justice instead of agreeing to be used as a political arena. This case partially exposed and stripped the judiciary of its traditional respect especially at the point when the ruling was delivered with the magistrate being hit with a bottle in her face. The state ought to refrain as much as it can from using the judicial arm to persecute the dissidents. However, even in this situation where the judiciary is being held at ransom, we can establish that there are still some objective judicial officers. Justice Henry Peter Adonyo has entered the league of objective judges who want justice to prevail in a fair manner.