Anglican Reverend charged for faking his own kidnap 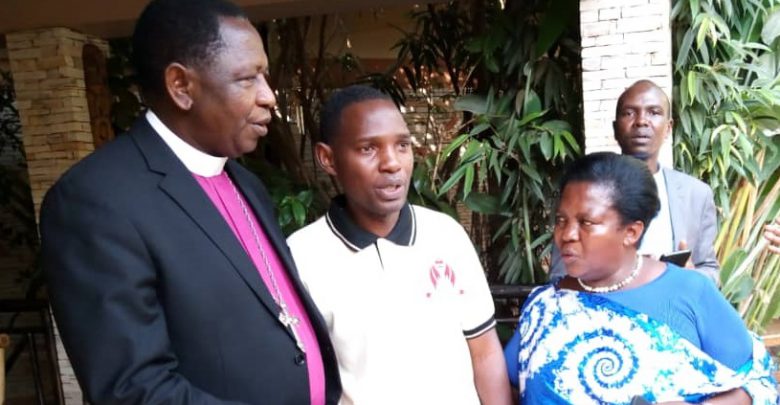 An Anglican Reverend who called his family and claimed to have been kidnapped by security operatives in civilian clothes has been arraigned in Nakawa chief magistrate court and charged with giving false information.

He has appeared this afternoon before chief magistrate Ruth Nabaasa and pleaded not guilty.

The married Reverend and a student at Uganda Christian University Mukono has been granted a one million cash bail after presenting substantial sureties including his biological mother and an associate pastor of St. John’s cathedral Kasamba; Ddembe Tabithia .

The father of four has also cited poor health including abdominal pain and acute stress as another ground for his bail application.

Prosecution states that on the 12th of February 2020, while at the Counter -Terrorism police Headquarters in Naguru -Kampala , Rev Mwesigwa gave false information to a one Jimmy Alex Ojok; a police officer attached to the said unit that on the 9th of February 2020 he had been kidnapped by unknown persons well knowing that such information would cause the police officer to dedicate his time and resources to investigate it.

RELATED: Kidnapped Anglican Priest found abandoned in Soroti 500 km from where he was kidnapped

Evidence further shows that after a thorough investigation and viewing CCTV footage by Ojok, Rev. Mwesigwa was seen carefully parking his car at Namisigye village in Seeta Mukono and jumped on a motorcycle to an unknown destination.

The said vehicle was later found by detectives on the 12th of February this month parked at the same spot.

The country woke up on the morning of the 9th of this month with news from the media that a Reverend had gone missing after being kidnapped by unknown personnel.

His uncle whom he had called before his alleged kidnap had gone to the media pleading for his return alive, saying his relative called him and informed him that security operatives in civilian clothes had stopped him over unknown reasons and wanted to take him away.

His wife was also seen on television begging for anyone who might have kidnapped her husband to return him safe and sound.

However, on the 12th of this month, the clergyman was found at Soroti diocese but insisted that he had been kidnapped and bartered by the said unknown kidnappers before dumping him in an isolated place.