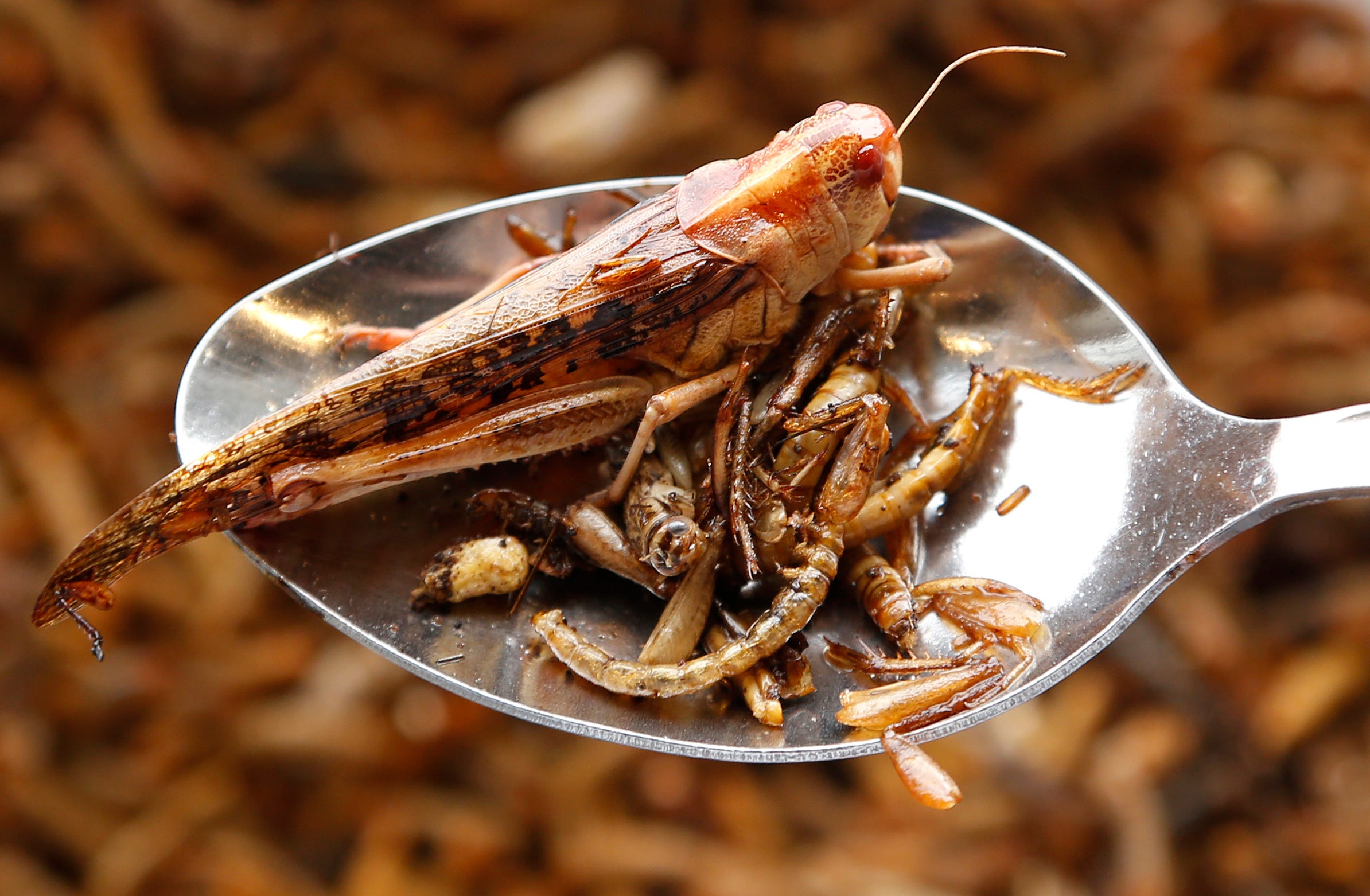 The state minister for Agriculture Aggrey Bagiire has asked Ugandans in locust infested areas to desist from feasting on the ravaging pests, saying they are intoxicated with poisonous chemicals. The minister says these chemicals can cause health problems to humans and eventually lead to death.

The minister issued these warnings while addressing a media gathering in Nakapiripirit district in Karamoja region. Her cautious remarks follow the latest reports indicating that locals in Acholi, Teso, and Karamoja had turned the migratory pests into a meal.

The locals in Karamoja area say the troublesome locusts have been a seasonal delicacy dating back to the 1960s when the migratory pests last invaded Uganda.

The minister says the entire idea of eating these locusts is not conceivable. She says the country has abundant food for the population. Contrary to the minister’s comments, the chairman of the Entomological Society of Kenya advised locals to feast on the locusts, saying they are highly nutritious and endowed with proteins.

‘These locusts are edible besides the aerial spray that the government is doing, people should start harvesting them and eat them with ugali (posho). They are rich in proteins which is a constraint in the country,’ Mua was quoted by the Kenyan press.