A pastor orders church members to kiss one another during service 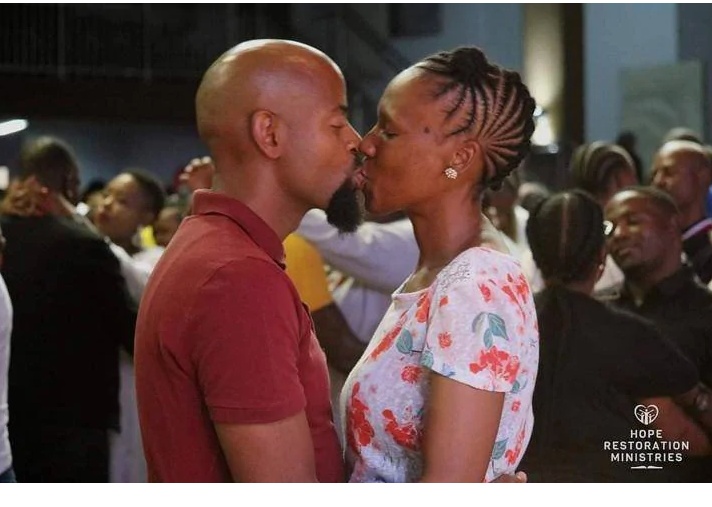 A South African church pastor has caused a stir on social media after members were spotted kissing each other during the service, as they followed his instruction.

In the photo that has gone viral on social media with much traction, the church members, as they have been taught, obeyed the pastor and each was captured kissing the other person.

He reportedly ordered them to “Take their neighbours whom the kiss home.” Hope Restoration Ministry is said to be one of the biggest churches in South Africa with a large following.

In its defense, the church said members were not randomly kissing each other, but they were married couples attending the church’s Valentine’s Day ‘spice up your marriage’ sermon. This was according to a tweet released on the church twitter handle by the general overseer Rev. Chris Mathebula.