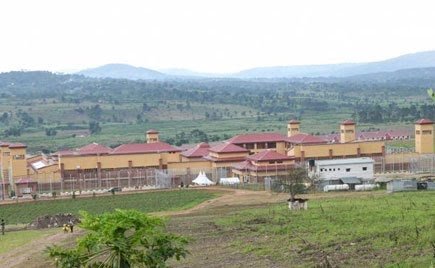 The government of Uganda has completed the construction of a new prison facility in Wakiso district.

Situated 55 kilometres Northwest of Kampala, Kitalya mini-max prison a hi-tech facility will be a recreational and rehabilitation centre for inmates. Dr. Johnson Byabashaija the Commissioner General of prisons said the facility will receive inmates soon.

The facility will be supportive to Luzira which surpassed its original 600 inmate capacity as it houses over 3000. ‘This is a fantastic facility and I can see the congestion in Luzira finished. It has been completed some few months towards the end of my contractual obligations with government, I can call it a legacy,’ Byabashaija was quoted by the press. ‘Kitalya is considered a no escape facility with over six layers of security, which include among others multiple watchtowers, over 100 CCTV camera points and a control room with 24 hour onsite and offsite surveillance,’ he adds.

The facility will be opened upon completion of a benchmarking arrangement for the officers who will man it. The team led by, Bitaliwo Onesmus will visit other countries with similar facilities in order to draw some ideas on how to run such. As soon as the facility is opened, all long term serving convicts will be transferred from Luzira to this place.