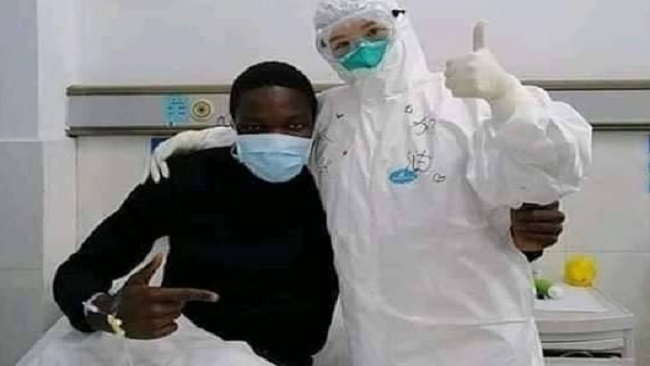 In early 2020, an outbreak of new coronavirus in Wuhan, China, sparked fears that the virus could cause a pandemic. It inspired a significant amount of misinformation. Currently, coronavirus outbreak has killed 1,770 people in mainland China. Millions of people are currently quarantined in and around Wuhan in an effort to contain the virus. So far, more than 71,000 people have been sickened worldwide. In mid-February, Egypt announced it had the first-reported case in Africa.

It is true that Kem Senou Pavel Daryl, a 21-year-old Cameroon national studying in China, became ill after contracting coronavirus and was hospitalized. His recovery was not the result of a superior immune system possessed by people hailing from African countries but, according to news reports, rounds of antibiotics and other drugs.

BBC News reported that Senou recovered after being placed in isolation for 13 days. The CT scan showed no trace of the illness. He became the first African person known to be infected with the deadly coronavirus and the first to recover. His medical care was covered by the Chinese state. According to the Centers for Disease Control and Prevention (CDC), anyone who comes into close contact with someone infected with the coronavirus is at risk for contracting it.

If such a claim, that people from African backgrounds are more resistant to coronavirus than others were true one would expect it to be a major news story. Instead, it’s being reported exclusively in viral social media posts and junk sites.