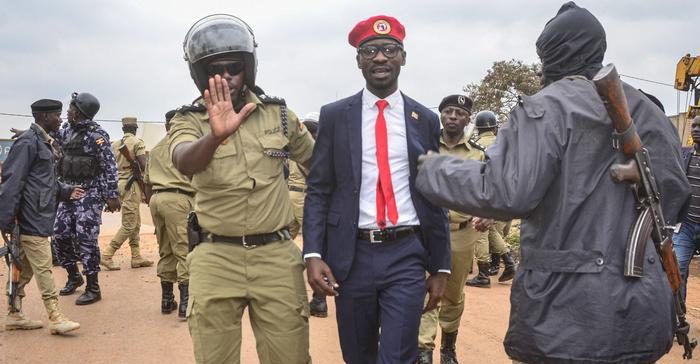 Police have revealed that they cannot allow Kyadondo East Legislator Robert Kyagulanyi Ssentamu aka Bobi Wine hold consultation meetings until he fulfills the requirements as per the Public Order Management Act and as well submitting his strategies to allow Police plan better.

In a press briefing, Deputy Spokesperson Polly Namaye noted that all Bobi Wine’s consultation meetings are illegal and will remain illegal until he submits the 10 strategies that were proposed during the Electoral Commission meeting that involved Police, Bobi Wine, and other stakeholders.

“Following a meeting held at the Electoral Commission headquarters, Kyagulanyi and his team proposed to submit 10 strategies that they would follow to ensure no repeat of the lawlessness previously witnessed in Kasangati. But these strategies have not been submitted to force yet,” she noted.

She further emphasized that the Police Director of Operations had written to Bobi Wine on January 31, 2020, and on February 18, 2020, reminding him to submit his proposals before resuming consultations.

“The police therefore still awaits the assurance that there shall be an effort to respect law and order by abiding with agreed-upon strategies in order to embark on the team’s consultative meeting schedule.”

Despite Bobi Wine receiving clearance from the Electoral Commission, Police insists that unless the said strategies that Bobi Wine allegedly promised to present to Police are seen, his consultative meetings hang illegal.

This is not the first time Police is foiling Bobi Wine’s consultation meetings, On January 6, police arrested Bobi Wine as he attempted to hold his first consultative meeting in Kasangati that was deemed unlawful for not fulfilling all the required conditions under the Public Order Management Act.