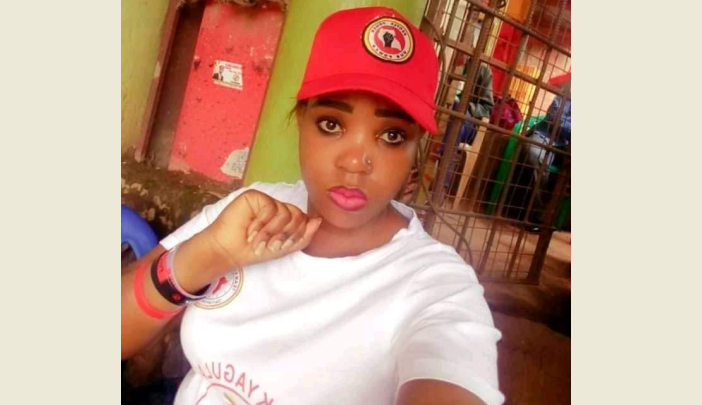 Political activist Mr Edwin Musinguzi, boyfriend to Rita Nabukenya, staunch supporter of the People Power movement led by Kyandondo East member of Parliament Robert Kyagulanyi aka Bobi Wine who was knocked dead yesterday in Nakawa, Kampala was taken for police questioning as an intimidation tactic after controversy sparked by the incident.

Ms Nabukenya a resident of Bunamwaya was knocked as she went to court over OTT case. Fellow activist Musinguzi also a resident of the same area was reportedly picked for questioning and later released today, he is said to be on the run to avoid fresh arrest.

According to a source, the young man was intimidated and abducted by security operatives at Makindye Police Post where he spent several hours. His current location is unknown with phones. There are also unconfirmed reports that both Nabukenya and Musinguzi could have sensitive roles in People Power movement making them a target.

According to a statement issued by Kampala Metropolitan Police spokesperson, Rita died after the motorcycle she was traveling on collided with another leading to the accident that claimed her life.
People Power leaders blamed the death on police but Kampala Metropolitan police denied the accusation, saying in a statement that the activist was killed by a boda boda. They maintain that their police officers only came in to save the life of Ms Nabukenya.

Bobi  Wine is however blaming the Police for intimidating eye witnesses.