Tamale Mirundi claims brand new car from the President was just a token of Appreciation. 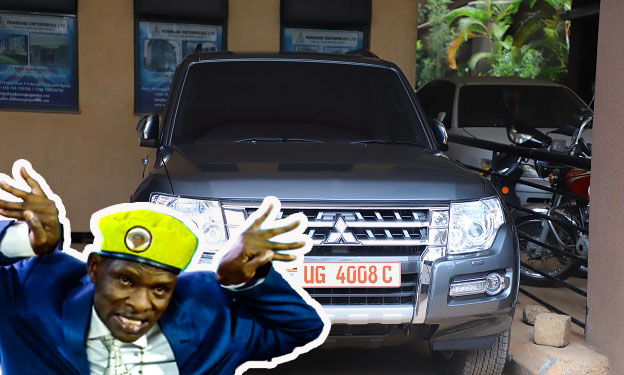 Tamale Mirundi confirmed the news while appearing on NBS’s weekly One on One show where he noted that he worked a lot when he was still a presidential Press secretary adding that the brand new vehicle was just a replacement of the old car that he has been driving.

Tamale Mirundi also revealed that despite being very good friends with the President, a section of People around the President are working so hard to destroy his efforts even when his contract is still intact and valid.

“The President renewed my contract despite me not being there. They have tried to persuade him into terminating it but he refused,” Tamale said.

For close to 12 years Tamale Mirundi served as President Museveni’s press secretary until 2012 when he was replaced by his deputy Lindah Nabusayi.

He was later reappointed as a Presidential advisor on media but unlike others who have received Presidential handshakes in form of vehicles, Mirundi noted that he was the only person that had been given a car and it’s card at the same time.

While Analysts think the President Museveni’s gift to Mirundi is a way of keeping him quiet on issues that affect Ugandans or else luring him into campaigning for him in 2021, Tamale Mirundi says that the brand new car is just a token of appreciation for the services he offered the President while at Statehouse.