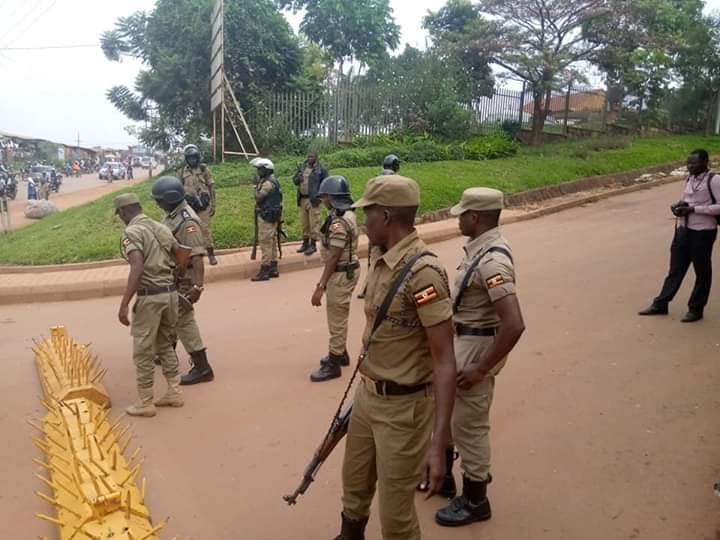 The security has been tightened at the Mulago city mortuary. Police argues that the place is cordoned from public access till the situation normalises.

Tempers are boiling among the gathering crowds. The People Power mouthpiece, Joel Ssenyonyi and Kawempe North legislator, Latif Ssebagala are already at the location trying to plead for the dispatch of the body of the late Daniel Kyeyune.

Kyeyune is the second victim of police brutality in a space of just 24 hours from when Ritah Nabukenya was run over by a police patrol.

Kyeyune was shot dead by an unidentified Local Defence Unit officer in Nansana as security plunged into a Bobi Wine crowd and tried to disperse it with live ammunition. Bobi Wine and his entourage were returning from Kiboga where the slain Nabukenya was laid to rest.

Police have since distanced themselves from the tragedy claiming it was Bobi Wine and his crowd that confronted their forces.