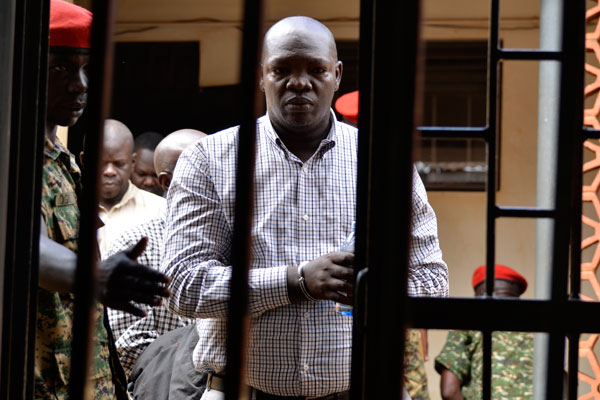 Nixon was last evening driven back to Prison after Court adjourned with any mention of his bail application hearing.

In  2013 Agasirwe was arrested and charged alongside other Senior Police Commander for allegedly kidnapping Joel Mutabazi President Kagame’s former bodyguard who was later extradited and sentenced to life imprisonment in Rwanda.

The State claims that on October 25, 2013, at Kamengo in Mpigi District the suspects, while in unlawful possession of firearms and grenades, kidnapped and extradited Mutabazi without his consent to the government of Rwanda.

Mutabazi had been granted asylum in Uganda and Human Rights Watch at the time accused the Kampala Establishment of  having “utterly failed” to protect Mutabazi, who was at “serious risk” of persecution in his home country

Mutabazi a former bodyguard to President Kagame was allegedly kidnapped by the Suspects and handed over to the Government of Rwanda without his consent where he was imprisoned and charged with terrorism and murder and is currently serving a life sentence.