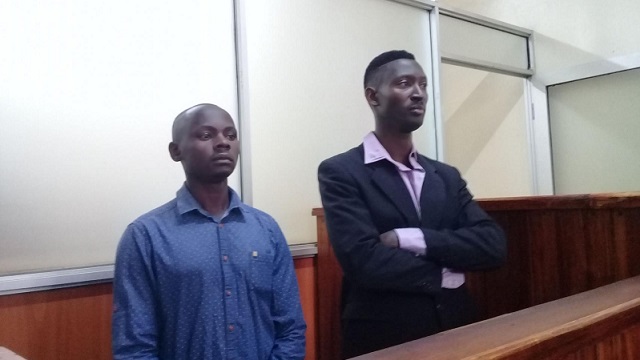 Red top brigade members who recently stormed parliament have been released on Bail.

The two men belonging to the red top brigade identified as Dafaala Ssenjaako and Charles Mutaasa Kafeero stormed parliament from the visitors’ gallery on Wednesday, February 19, 2020 to express their dissatisfaction.

Dafaala and Charles on Tuesday appeared before City Hall Magistrate Fatuma Nabirye who released them on a cash bail of one million shillings each and also charged them with malicious damage of Parliament property and criminal trespass into parliament premises.

They also told Court that following their arrest they had been tortured to pulp and have not received any treatment.

Ssenjako told Court that his ribs were damaged adding that he has since been vomiting blood.

Nathan Mpenje who represents the two red top brigade men argued that when a suspect is tortured, the case against him or her is dropped immediately and in the same spirit Mpenje asked Court to do the same for his clients but the Magistrate subsequently released them on bail.