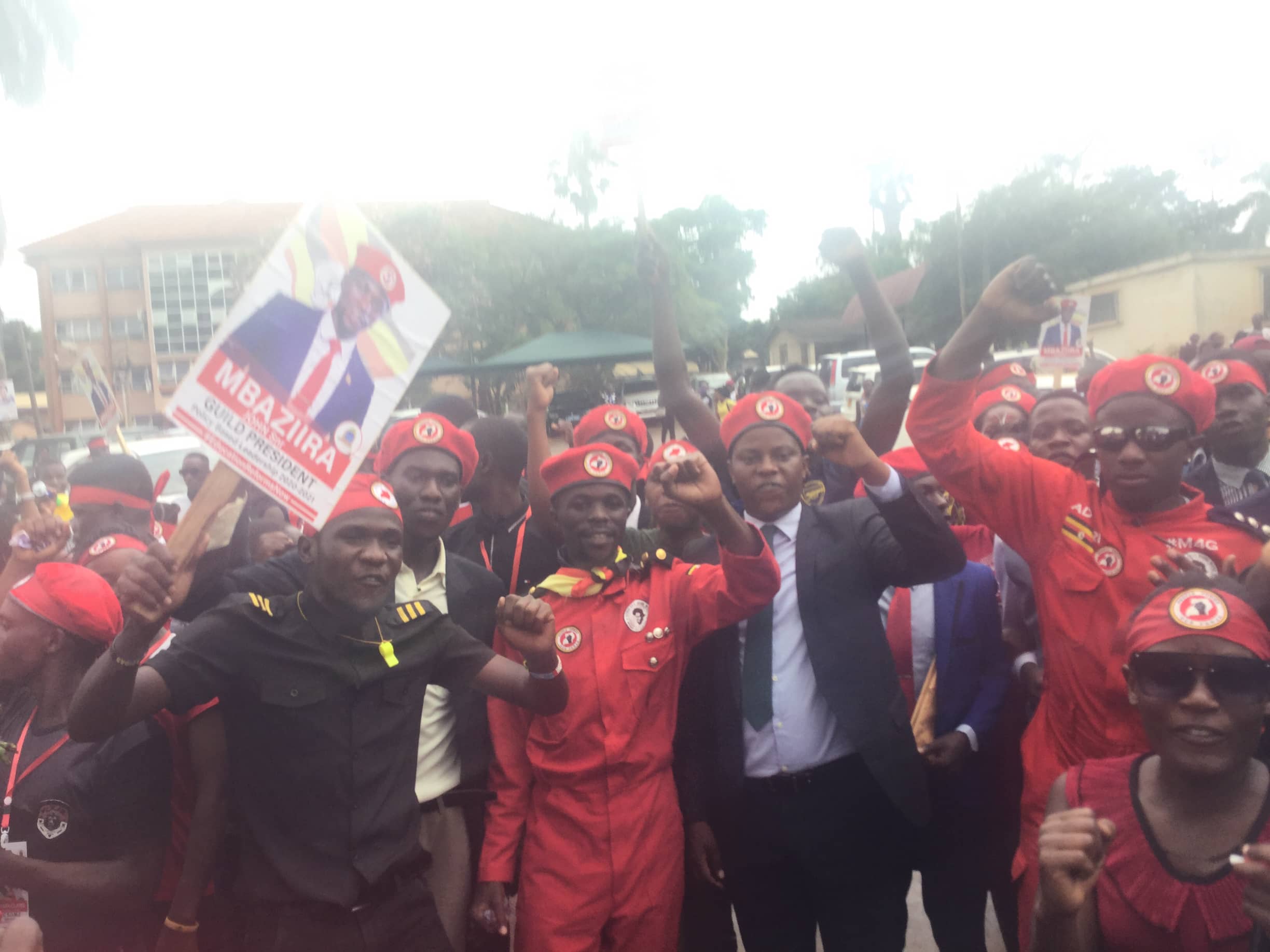 On Tuesday 25th February 2020, the Kyambogo University Guild presidential aspirants took back the nomination forms to the electoral commission of the university. Usually, this is used as the time for the aspirants to show their might and prove that they have massive support from the electorates.

Mbaziira John, a long standing activist at the University who is also the People Power flag bearer shocked the campus with a groundbreaking crowd that shook every corner.

Students rallied behind him clad in read bandanas, berets and overalls all inscribed with People Power badges. These walked through Banda and later into the campus chanting and dancing to Bobi Wine’s revolutionary songs. 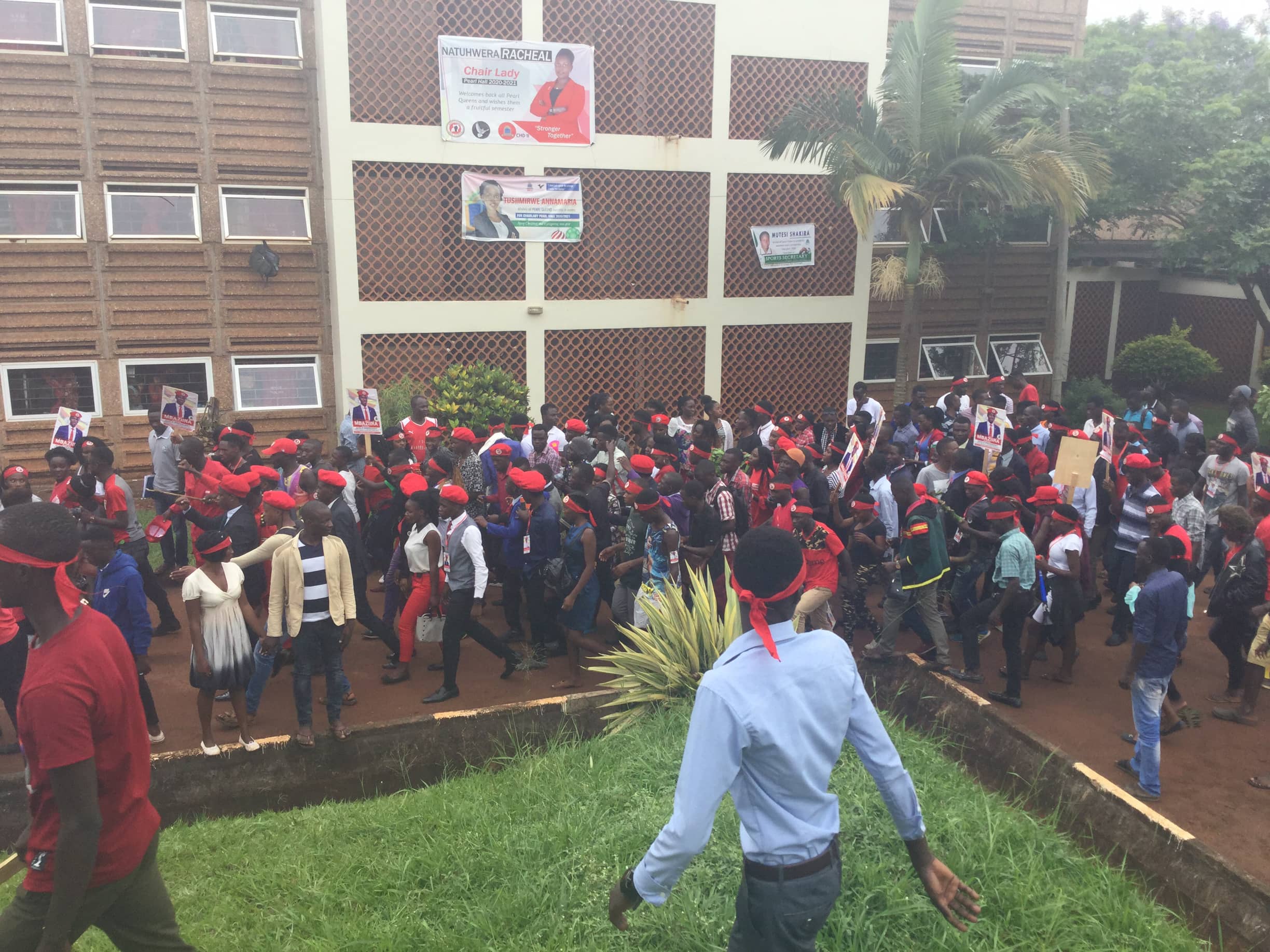 The FDC camp that appears to follow next with the crowd numbers could not hide their disgust. Scuffles erupted and there was hauling of stones towards the people power supporters who had camped at one of the buildings within campus.

Kateregga Julius, the Makerere guild president was around to give support to his comrade. Kateregga Julius came with the sole reason of declaring Mbaziira John as the official flag bearer of people power since he is the coordinator for people power in all institutions in Kampala Metropolitan Area.

The tireless People Power supporters started their trek at around 1pm and walked on all around the University and its outskirts until late in the night. 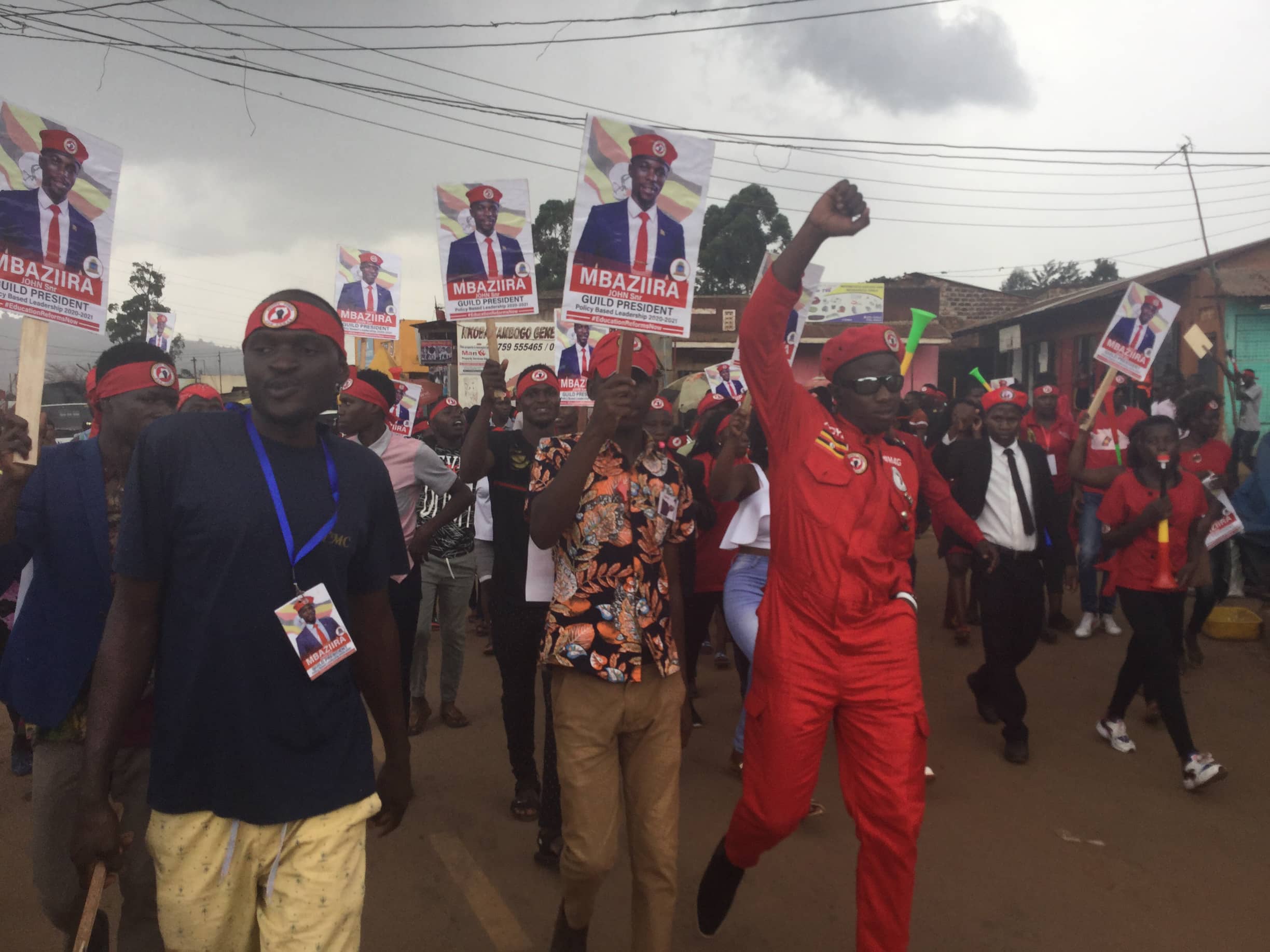 The nominations also saw another strong camp from FDC that many have come out to say that it is a government sponsored project. This camp also had a great number of students rallying behind their party flag bearer as the walked around the campus and within Banda.

Makerere University is meant to go to the polls very soon and news running around already show that the people power camp is already taking over every conversation.