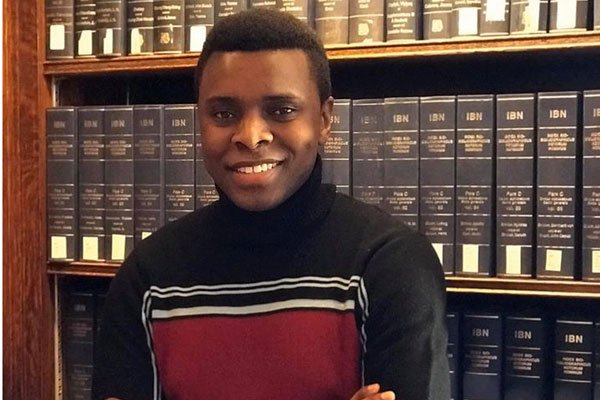 A Masters student at the US based Harvard University is seeking shs 6b compensation in damages after being blocked by president Museveni on his Twitter handle.

The student sued Museveni alongside two other government officials, AIGP Asan Kasingye and the government spokesperson, Ofwono Opondo who are also being accused of the same

In a High court hearing by justice Andrew Bashaija today, Thursday 27, Sseguya Innocent Taylor a Master’s student of international relations at Harvard revealed how he was psychologically haunted after being blocked by the government officials on Twitter. Through his advocate, the celebrated Male Mabirizi, the complainant says his right to be heard was violated by the three state officials when they blocked him.

In the trial, Male submitted ‘…the respondents have in defence in this case as Twitter channs are used to disseminate public information which every Ugandan nation has a right to know what is going on in the country. The respondents should then be ordered to unblock the applicant.’ Mabirizi argues that given their occupation of public office, the three government officials should be accountable to the public they are serving.

Male referred to the court order in the US that relaxed president Trump’s ego as he was forced to unblock his critique on Twitter. He prayed the High court refers to that precedent to make a genuine ruling. He also cited Kasingye’s decision to unblock his client on January 25, 2020 saying it was an indicator that he had been illegally blocked.

The High court judge however set May 20 as the date he would deliver the ruling in Sseguya’s case against the three government officials.