Kizza Besigye released after a day in detention 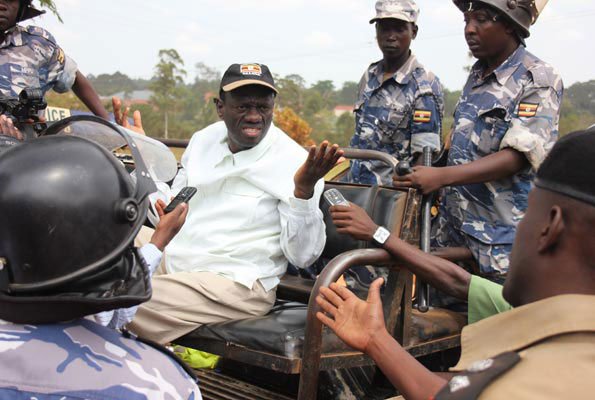 Opposition politician Dr Kizza Besigye is on his way home after a day under detention at Nalufenya police station in Jinja. Kizza  Besigye has been in constant trouble with the police for many years including last year when he was arrested multiple times over his relentless political activism against his former boss President Yoweri Museveni.

Besigye, who is being escorted home by the police was arrested early on Wednesday to block him from holding a meeting in Jinja municipality. He was arrested together with the former leader of opposition in parliament Wafula Oguttu and the Bugiri municipality mayor Luba.

According to some reknown source, Besigye was arrested as he exited a hotel where he spent the night and taken to the Nalufenya police station in Jinja. By the time of his arrest, he was going to interact with traders and leaders of the Kazimingi market in the area. This market is home to thousands of FDC diehards and other oppositions party members.