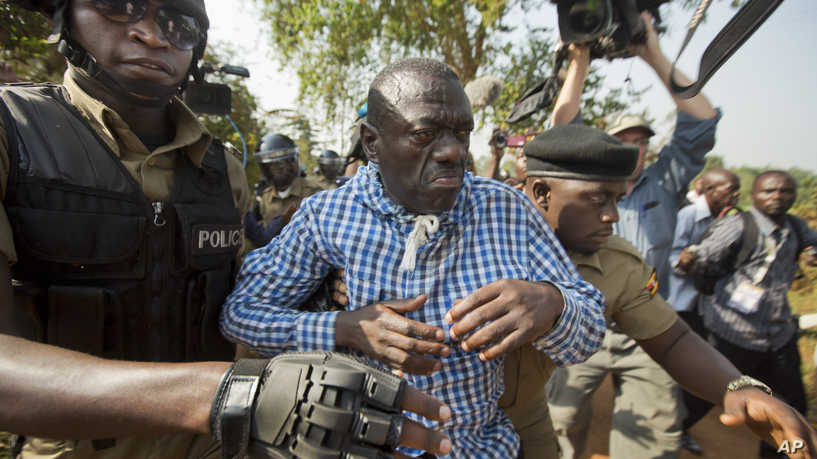 The Jinja Resident District Commissioner (RDC) Eric Sakwa has described Dr. Kizza Besigye as a desert locust that is not welcome to Jinja.

Sakwa noted that each time Besigye visits Jinja, Chaos ensues which later leads to destruction of Property and so much more adding that whenever Besigye is to come to Jinja, he mobilizes ‘goons’ and pays them money to strategically burn tires and disrupt the community.

Sakwa warned Besigye against returning to Jinja claiming that he is like a desert Locust and therefore he has no place in Jinja.

Sakwa’s statements follow Besigye’s arrest on Wednesday evening in Jinja where he was expected to address a rally in the Kazimingi market but police got intelligence that he was residing at Paradise Hotel which is affiliated to the Sunset Hotel where he spent the night.

Employees claim that as soon as Besigye checked in to the hotel,  hotel management stopped receiving new visitors which raised suspicion and was later towed to Nalufenya for detention.

However, Besigye says Police and the UPDF disrupted operations at the hotel adding that even after his detention in Nalufenya, there was no charge or even release on Police bond which he described as political thuggery.

The standoff between Besigye and police caused a number of demonstrations in Jinja as his supporters demanded his release.