UNEB was bribed to alter my results-Bosmic Otim 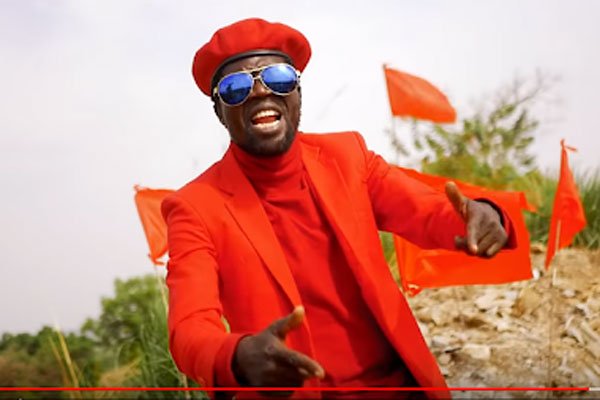 By Thursday evening when the news of Otim’s poor performance spread all over social media, none of his known phone numbers were on. Even contacts privy to the former People Power strongman could hang up as soon as one requested for a word with the musician-cum-politician.

It is barely 24 hours from the release of the UACE examinations and now Otim has already gathered himself to make a defence. Otim who sat at Gulu Hall centre attached to St. Joseph’s College Layibi failed to score even a single point from his subject combination. The famous Northern Uganda musician was registered under U0226/507 and scored no point in the History, F, Fine Art, F, Christian Religious Education, F, General Paper, F9 and another F9 in computer studies which placed him in grade X (ungraded).

Otim on the performance

Otim blames his critics and ‘haters’ who he suspects to have liased with the Uganda National Examinations Board (UNEB) to alter and disorganize his performance so he could be disqualified from unseating the State Minister for Environment, Beatrice Anywar from the Kitgum seat in the 2021 general elections.

‘A lot of concerns were raised since I joined the National Resistance Movement (NRM) party. The top shots will act from up and sabotage me. Some two months ago, those same politicians looked for my index number and I believe this is what they have done, this is open malice,’ Otim told a URN journalist. He further contends that he was very ready and prepared for his final examinations which he believed could go on well.

Interviewed sources from Otim’s school intimate that he spent much of his productive time in active politics and yet he had academics to pursue. Olanya Isaac says, ‘Otim was rare in remedial classes. He got what he truly sowed.’ ‘If he thinks he was cheated, then there’s room for a remark,’ he adds.