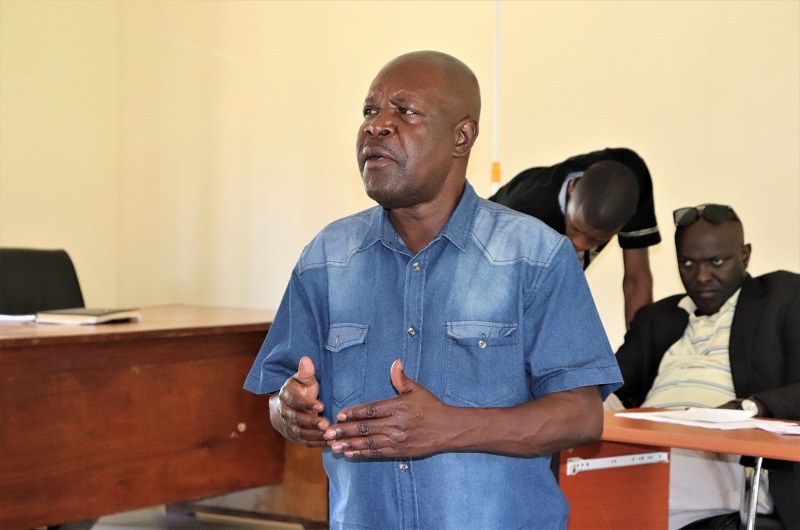 Government spokesperson, Ofwono Opondo has vowed to continue blocking all social media users on twitter that abuse him for his opinion.

A few months ago, Hillary Innocent Sseguya, a Ugandan student at Harvard University and a staunch supporter of the People Power Movement led by Bobi Wine dragged Ofwono, President  Museveni and AIGP Asan Kasingye to Court for blocking him from accessing their timelines on Twitter.

Through his lawyer Male Mabirizi, Sseguya told Court that he wants six billion shillings paid to him for damages that were caused by the blockade on President Museveni, AIGP Kasingye and Ofwono Opondo’s Twitter Accounts.

However, Ofwono Opondo insists that he will continue blocking all those that continue criticizing him and mocking him on his own twitter timeline adding that he has a right to use his twitter account in any way he wants because it’s a private platform.

“They may have their own rights but it is a private platform. I opened my account and you joined me. I didn’t ask you to join me. Any of my followers who want to interact must respect me and any other users on that platform. I don’t expect them to disrespect me at any one point,” Opondo said.

According to the suit before the civil division of the High Court in Kampala, Sseguya states that Opondo and the President use their twitter handles to communicate government programs which makes the platforms public and not private.

Opondo says that Sseguya arguing how his twitter account is no longer private reveals how he is misinformed about the government’s official communication platforms.

“The official platforms for communicating government information are circulars, official releases, and press releases. Let them tell me when the government bought me a phone and sim card to use for its official communication. Even public servants deserve respect,” Opondo said.

Opondo further described City Lawyer Male Mabirizi and his client Sseguya as busybodies seeking cheap popularity and attention by filing as many cases as possible in Courts of Law.