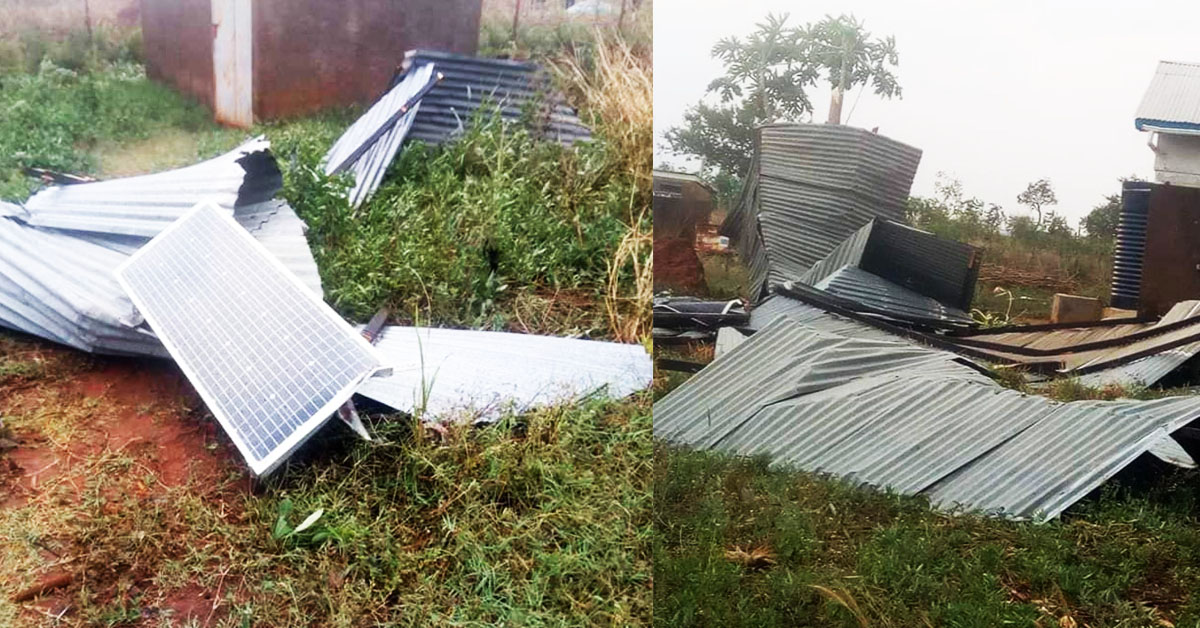 Expectant mothers are stranded at Loborom health centre III in Labongo Layamo sub-county, Kitgum district after the roof of the maternity wing was blown off by violent winds. The wind came as part of a heavy downpour that devastated the area on Sunday evening.

Collins Mwaka cox, the in-charge of Loborom Health Center III told Uganda Radio Network in an interview on Monday afternoon that the roof was blown to a distance of about 20 meters away from the maternity ward. Luckily, about 10 expectant mothers who were in the maternity ward at the time of the incident escaped unhurt.

Mwaka says that the patients were saved because of the strong ceiling board that wasn’t ripped off. He explains that the mothers have been temporarily relocated to the outpatient department adding that they may however not be able to provide the normal service until the maternity ward roofs are fixed.

He says they also lost two solar panels of 250 watts each and another 100 watts solar panel which was installed just a week ago.

Mwaka called on the district to urgently intervene and rectify the situation since the facility is the only health centre offering health services to a community of 13,000 people in the sub-county.