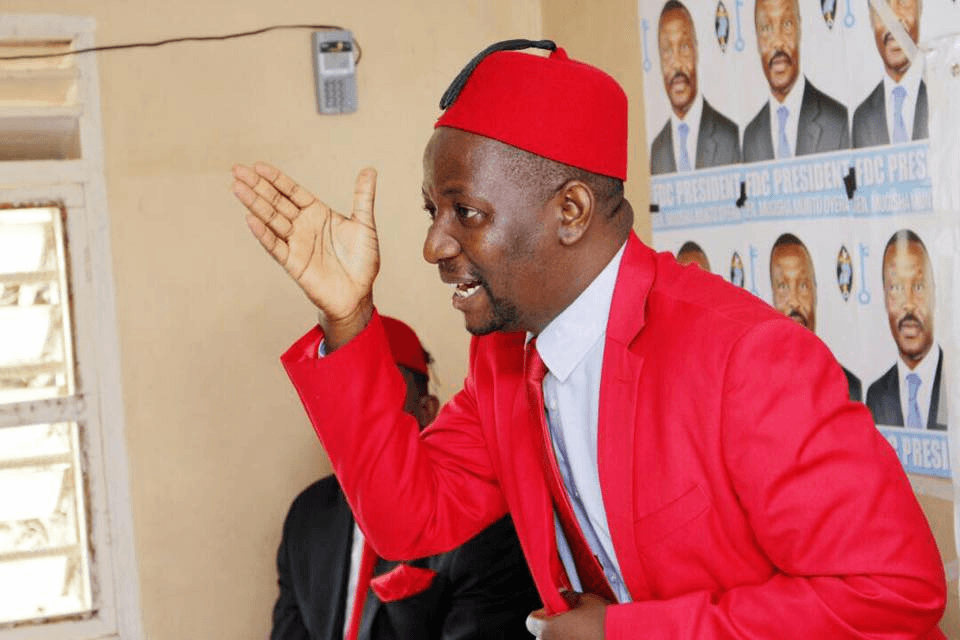 The opposition Forum for Democratic Change-FDC wants government to explain the violence directed at opposition politicians if they are to sit and discuss under the Interparty Organization for Dialogue – IPOD.

The FDC party Spokesperson, Ibrahim Ssemujju Nganda told journalists during the weekly press briefing that they cannot organise other parties to meet with President, Yoweri Museveni in the IPOD summit when even FDC cannot meet freely.

He cited the recent incidents where Rita Nabukenya and Daniel Yyeyune, both People Power activities were reportedly killed by violence perpetrated by government agents.

READALSO: FDC’s Ingrid advises Bobi Wine to reunite with Kizza Besigye ahead of 2021

According to Semujju, the IPOD council, which comprises of secretaries of all parties under IPOD, is meeting later today to discuss the violent political atmosphere in the country as the 2021 general elections draw nearer.

He says the on March 4th; the council led by the Chairperson, who is also the FDC General Secretary, Nathan Nandala Mafabi will meet the Prime Minister, Dr. Ruhakana Rugunda members to reassert the right interpretation of the Public Order Management Act (POMA).

The meeting he says has been necessitated by the continuing violence against the opposition ahead of the elections.

FDC has less than four months to complete its six months tenure as head of IPOD having taken over in November 2019 from the Democratic Party. In February this year, the IPOD council met with intentions to discuss activities to be conducted but not roadmap was issued thereafter.

Salam Musumba, who sat in for Nandala during that meeting, told URN that the meeting had noted that a number of decisions taken in previous summits but are yet to be worked upon. The meeting hence resolved that previous decisions be fast-tracked before embarking on any further discussions.

They asked that government works on regulations for POMA as a measure to stop its abuse by security and also those electoral reforms be passed.