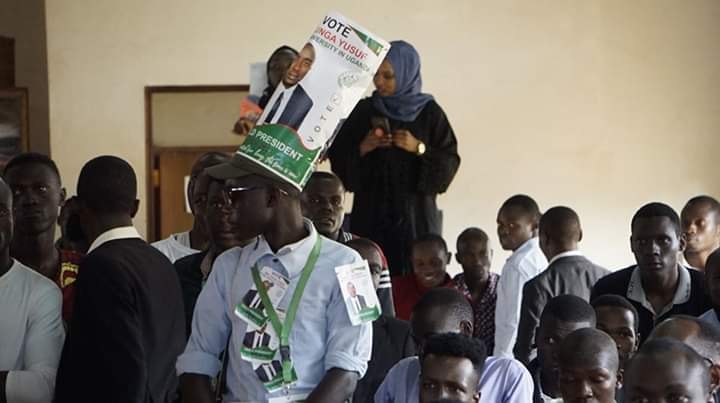 Hundreds of students gathered at Sumaya hall to cheer up their candidates at the Presidential debate. Welunga, a second year law student faced off with Mohamed Abdul Aziz, another second year Social Sciences student for the presidency while Fatumah battled Halimah Ahmed for the lady vice president slot.

According to students, police tried to arrest Welunga in order to prevent the celebration processions. A video captured by a student shows the guild-elect Welunga being whisked away by men in uniform after raising concerns as to why bullets and tear gas were fired to his joyful cheering supporter.