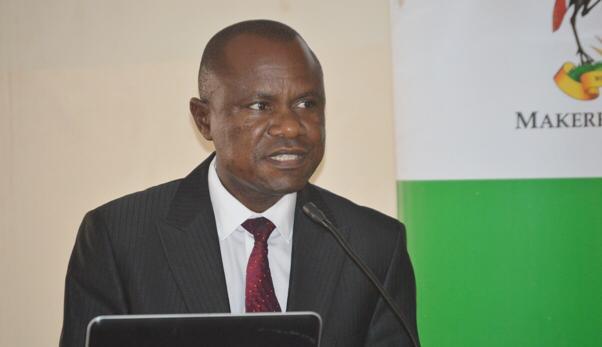 Prof. Eria Hisali, a principal at Makerere’s college of business and managerial studies (COBAMS) has deployed UPDF, LDU and military police after learning of a planned students strike.

Currently, plain clothed combatants are looming all over the university premises in pursuit of student activists suspected to be the engineers of the strike. Yesterday, the interim students leadership sanctioned emergency assemblies at all halls of residence and resolved to have a demonstration this Monday, 2 February morning. No sooner had they agreed to have a demonstration than they started receiving anonymous calls from Prof. Hisali and his security team. Students who spoke to this site confirmed to have been threatened last night. They adduced WhatsApp message evidence pinning Prof. Hisali and his men. Although students are demanding for guild elections, the university administration shows no signs that anything close to an election will occur this year. Unconfirmed rumours have it that Prof. Nawangwe does not want a guild president this year.

Prof. Hisali acts as the Deputy Vice Chancellor in charge of academics. The 2019 military raid on students halls of residence is mainly attributed to him due to his close links with the first family. Students say he was always involved in ground battles and in most cases he would be seen giving orders to the military. He is said to be holding excess authority in the military circles due to his good relations with Gen. Salim Saleh. During a probe in the aftermath of the deadly strike that left the disabled students tortured, Prof. Hisali smartly denied all the allegations pressed by students. Gen. Saleh grilled him and asked him to relax his iron hand on top of refraining from misusing their relationship. ‘Hisali is just my special lecturer in economics. He should now use my name when doing his injustices,’ students quoted Saleh during the compensation meeting held last October.