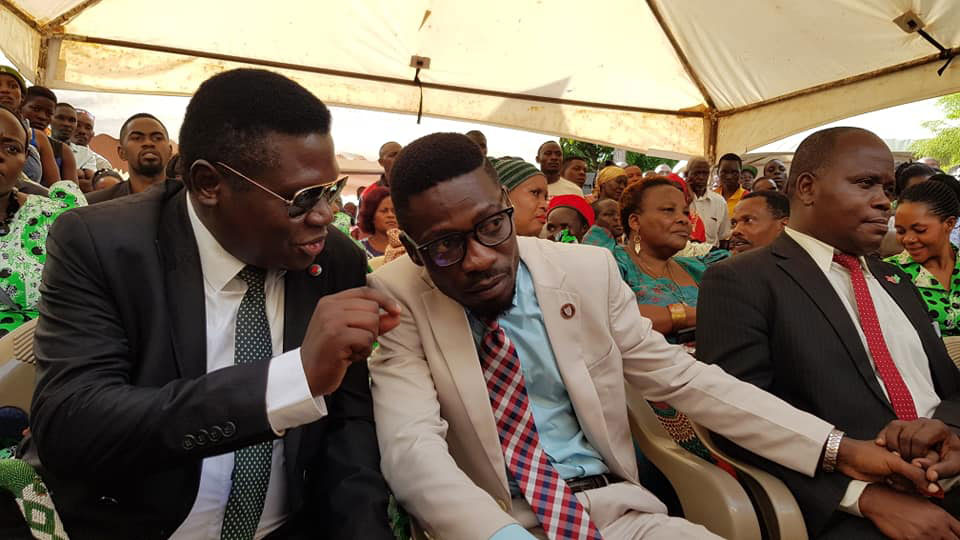 The Democratic Party is on the verge of collapse as members clash over whether to support Bobi Wine for the joint opposition presidential candidate in 2021. It is rumored that some DP members have received millions of shillings from several sources to ensure that Robert Kyagulanyi Aka Bobi Wine does not receive backing from the party come 2021.

It is important to note that over the last two months, there has been  internal disagreement in the DP with members spilt over holding elections of party leaders at the village, parish and sub-county levels. In parts of Kampala, Masaka and Wakiso, the elections have been conducted twice while others have been blocked.

And now it has emerged that the bickering over the elections are between members loyal to DP president general Norbert Mao and his colleague Mukasa Mbidde, who is the DP national vice president against the other members, which include suspended party organizing secretary Sulaimani Kidandala and several DP legislators. There are also other groups, which are largely silent in the ongoing fight, especially those allied to Kampala Lord Mayor Erias Lukwago and Mukono Municipality MP Betty Namboze.

On Monday, March 2, 2020, Kidandala claimed that Mao and Mbidde have been compromised by NRM to disorganize the party’s support for Bobi Wine. He also claimed that that was the reason Mao sacked him from the position of organizing secretary so that he could nullify the elections earlier conducted in several parts of the country.

“We know many of our colleagues who appear to have been compromised. President Museveni wouldn’t want to see a united DP. The ongoing disorientation and instability will continue,” Kidandala said.

Mr Mao recently lashed out at DP members who he said have had their heads turned by what he called the wave of People Power, likening their act to that of fish that goes with the wave and is subsequently abandoned to die at the shore. This fish, as Mr Mao put it, is called emmome in Luganda.