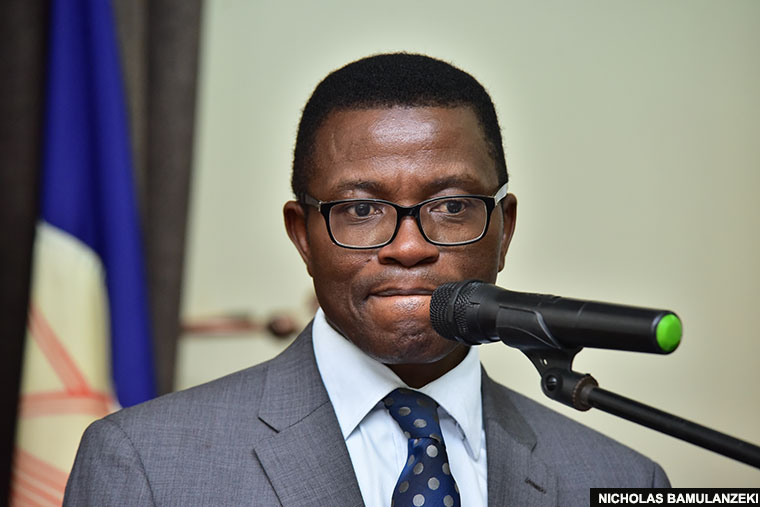 Buganda Kingdom has prepared a petition which they plan to present to the Minister of Education and Sports Janet Museveni about the new lower secondary curriculum.

Charles Peter Mayiga, the Kingdom Prime Minister expressed concern over four subjects in the curriculum. They are Agriculture, Languages, Information and Computer Technology [ICT] and history.

Mayiga said a country that has more than 70 percent of its population residing in villages and hence dependent on agriculture for livelihood, cannot afford to have agriculture as an optional subject.

Mayiga added that Climate Change too should have been made a distinct subject to argument agriculture because Uganda is still dependent on climate for its agriculture.

“Not having Climate Change and Agriculture as compulsory subjects we think tantamount to lack of forecast,” Mayiga said.

On history, Mayiga said as Buganda Kingdom, they think that a country that doesn’t know where it has come from can’t possibly know where it is going.    He said there is need to teach students their country’s history as it is, in order to adopt the good and find a way of avoiding facing the dark history again.

On Languages, Mayiga said as the Kingdom, they were dismayed that indigenous languages like Luganda are optional subjects bundled together with other subjects yet foreign languages like Chinese are being promoted. He said that because China is experiencing rapid economic growth and development hence becoming the centre of trade for the world, is not reason enough to teach Chinese in schools.

“Knowing more than one language is a resource but knowing your mother tongue is being civilized. Research has showed that it’s easy to learn another language when you know your mother tongue,” Mayiga said.  He called upon all schools in Buganda to go ahead and teach Luganda as they been doing as they try to lobby government to change course on the issue.

The other subject that Mayiga thinks should be compulsory for all the students in secondary is ICT. He said the world today is being driven by computer-based technology. Therefore, any country that would want to be competitive, her people must be technology savvy.

He called upon the ministry of education to consider their proposals before they fully implement the program.

The ministry of education faced a lot of resistance when it declared at the beginning of the term that the new curriculum for lower secondary school was going to be rolled out starting with senior one.

Members of Parliament passed a resolution stopping the implementation of the new curriculum until issues like teacher training, lack of textbooks are addressed.

However, the National Curriculum Development Center acting on the directive of the Cabinet disregarded the parliamentary resolution and went ahead with the implementation. They, however, acknowledged that they will address some of the concerns of the MPs along the way as the curriculum is implemented.