Ex-Security Minister Gen. Tumukunde to run for Presidency in 2021 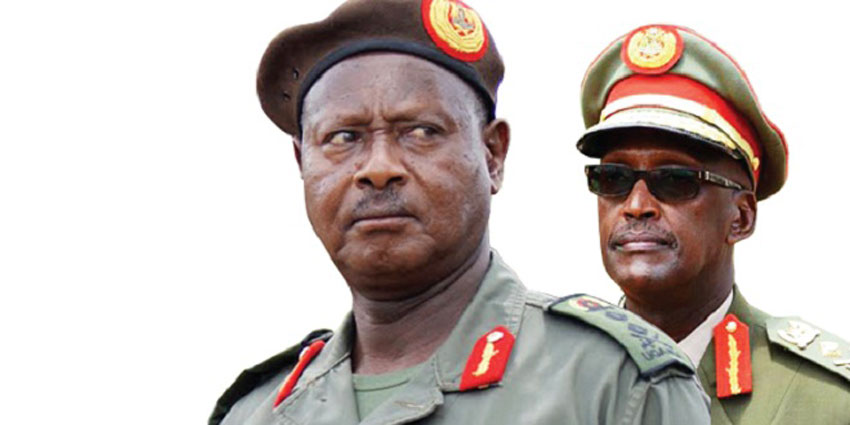 In a letter dated March,3,2020 written to the Electoral Commission, Gen. Tumukunde revealed that he is planning on consulting the Electorate across the Country ahead of the 2021 general elections.

“Whereas Section 3 of the Presidential Elections Act 2005 provides in (1) that an aspirant may consult in preparation for his or her nomination as a presidential candidate within twelve months before the nomination date and in (2)-a; that he/she may “carry out nationwide consultations, I wish to notify the Electoral Commission that I will be proceeding to carry out consultations across the country,” reads part of the letter.

Tumukunde noted that his consultations are aimed at targeting various interest groups in the country, with a view of facilitating his decisions ahead of nominations for presidential aspirants slated for October 2020.

“I will communicate those decisions to the EC as soon as possible, in any case, during the timeframe prescribed in the relevant laws. My consultations will also extend to the currently existing political groupings and/or political parties, security agencies, and law enforcement agencies,” he added.

According to his letter, Tumukunde added that he joins other well-meaning Ugandans, to support the fundamental change which he and other guerilla fighters, including Mr. Museveni promised Ugandans in the past and a peaceful transition, from one generation to another.

While the Country was still recovering from the shock, government spokesperson, Mr. Ofwono Opondo said Gen Tumukunde did not have what it takes to be president of Uganda.

“It’s his right but I think doing it more because of arrogance, false self-actualization, and perhaps as a possible business transaction. Generals are appointed to lead armies, so, some of them falsely believe that they can lead under whatever circumstances. Let’s see this one but I doubt, basing on available public record and opinion, that he has what it takes to lead civilians and Uganda,” Mr. Ofwono tweeted.

Lt. Gen. Tumukunde an ex-fighter in the bush war that brought Museveni to Power in 1986 has on several occasions criticized Museveni which cost him the freedom and was prosecuted in the army court over abuse of office and spreading harmful propaganda contrary to the army code of conduct.

After the Army court acquitted him, he was retired in 2015 and promoted from Brigadier to Lieutenant General and after campaigning for President Museveni in 2016 he was appointed security minister and later dropped in 2018.