Makerere Contradicts Self on “PhD” Requirements for College Heads 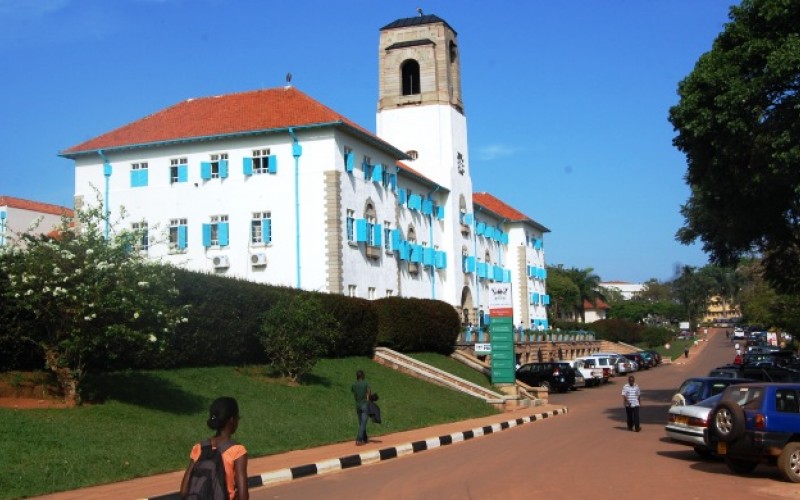 Makerere University Council has set a precedent, contradicting its own earlier provisions for the appointment of Principals of constituent Colleges. Recently, the search committee dropped several professors in the College of Health Sciences (MakCHS) on grounds of lack of proof for a PhD.

Previously, one would qualify for the position as long as they were at a rank of a Professor or Associate Professor.  But in what has been termed as biased and discriminatory recruitment by a section of staff, URN has established conflicting information regarding what is provided for in the 2009 Makerere University Human Resources Manual and the subsequent University Council policies.

Both the University HR Manual and the Policy on Promotion Tracks for Academic Staff of Makerere University that were approved in May 2014 by the university council, equate a Doctor of Philosophy (PhD) to a Master’s Degree in a Clinical Discipline for scientists in College of Health Sciences and recognises it as a promotional rank.

This is premised on an understanding that the Master of Medicine (MMed) is a terminal degree in clinical disciplines and that with significant clinical research experience the degree would be considered equivalent to a PhD qualification, which is required for non-clinical scholars.  In the current staff stalemate with the University Council, the staff of College of Health Sciences, say they were never consulted when the council was introducing new job qualifications, for instance for the Principal office job.

In an advert that appeared on November 11, 2019, the council indicated that eligible candidates for the position of Principal and Deputy Principal were required to have a PhD or other academic Doctorate. It also required one to be at least at the rank of Associate Professor or its equivalent, at the time of application among other required minimum attributes.

But to the shock of many, two of the current professors, including the current Principal of the College were not shortlisted for lack of proof of PhD.  They are Dr. Charles Ibingira, a Professor of Medicine and current Principal and Dr. Sarah Kiguli, a Professor of Pediatrics and Child Health. The two were disqualified for the job on grounds that they had no proof of PhDs.  Also dropped is Dr. Josaphat Byamugisha, an Associate Professor of Obstetrics and Gynecology and Director of Makerere University Hospital.

Dr. Byamugisha was dropped for failure to bring a second recommendation letter.  The decision to drop Dr. Charles Ibingira and Dr. Sarah Kiguli on grounds of lack of proof of PhD prompted staff from the College of Health Sciences to petition the university council.

“Worldwide, it is accepted for clinical scholars to present Master of Medicine [MMed], Doctor of Medicine (MD) and Fellowships as equivalents to the PhD. The disqualification of the previous Principal and Deputy Principal was therefore flawed and irregular. Moreover, it was applied retrospectively,” says 43 College staff in their petition to Council.

It is because of the staff petition that the university council resolved to defer the appointment of Professor Damalie Nakanjako, the sole candidate for Principal of the College of Health Sciences as recommended by the search committee.

According to the 2014 Policy on Promotion Tracks for Academic Staff of Makerere University, for one to qualify to be a Professor and Associate Professor they are supposed to have a PhD or a Masters in a Clinical Discipline.  This is in addition to six-years of actual teaching experience and service of at least two years at the rank of Associate Professor.

At the commencement of the Search Process, Makerere University Council reviewed the minimum requirements for those contesting for the position of Principal and Deputy Principal. This is where the requirement of a PhD was introduced.