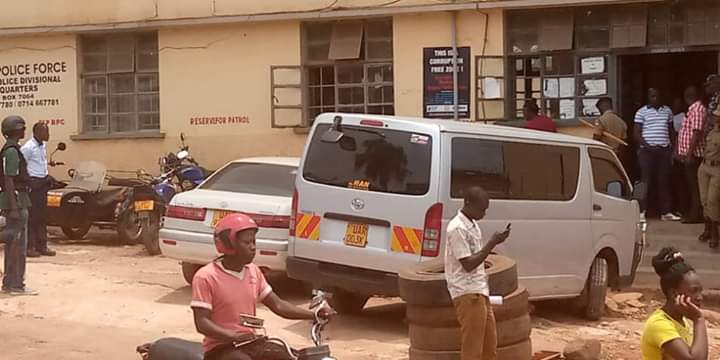 People Power Movement Supporters who were arrested and detained at Kawempe Police Station have been transferred to an unknown destination.

The Two young men identified as Denis Senono(DenCity) and Anthony Twinomujuni(Bobi Young)were bundled into a tinted van Reg no. UAR 003K setting off from Kawempe Police Station at breakneck speed.

According to People Power Movement Spokesperson Denis Senono(DenCity) and Anthony Twinomujuni(Bobi Young)were handcuffed and their legs chained too.

Police and goons with sticks working with police chased away the People Power Movement lawyers as dencity and Bobi Young were put in the van and driven at breakneck speed to an unknown destination.

Ssenyonyi has cautioned Police and it’s sister agencies against behaving like terrorists adding that if someone commits a crime they need to be presented before  Court.