Simon Kabogoza takes over Buganda Land Board as CEO 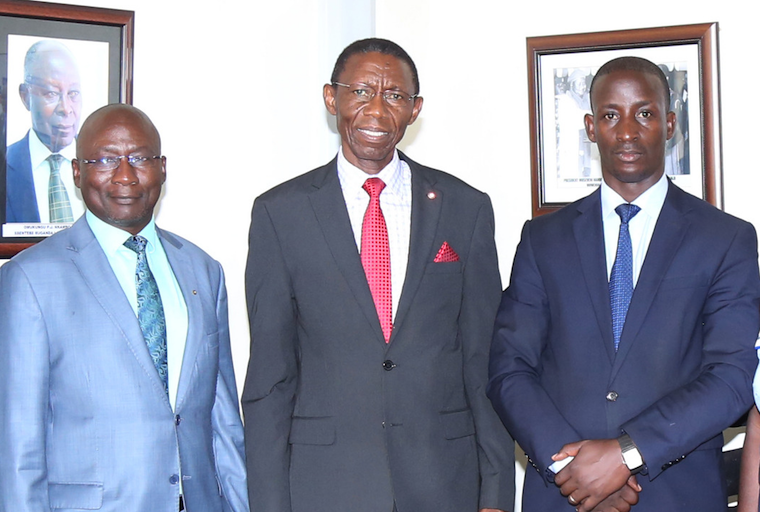 Owek. Simon Kabogogoza has been appointed to replace David Kyewalabye Male as the new chief executive officer of the Buganda Land Board.

The Kabaka appointed Simon Kabogoza to replace Kyewalabye Male who resigned being the CEO of the Buganda Land Board, a company that manages the Kingdom Land.

According to Katikkiro Charles Peter Mayiga, there was a need to let Kyewalabye Male remain the CEO to allow for a smooth transition as they searched for a replacement.

Katikkiro Mayiga added that Simon Kabogoza was selected by the management of the Buganda Land board as the most suitable candidate.

Buganda Land Board was established in 1993 immediately after the coronation of Ronald Muwenda Mutebi II as the 36th Kabaka of Buganda. It was then known as the Ebyaffe Board, led by former Masaka municipality MP John Kawanga. who was later replaced with the late James Mulwana, Levi Zzimbe, and Marin Kasekende.

The company administers the Kabaka’s 360 square mile land, the land that houses Bulange and Masengere complexes, the county and sub-county land, the official Katikkiro, Muwanika, Mulamuzi, and Namasole land among others. Kyewalabye Male has been at the helm of the company for almost 12-years having assumed the office in 2008.