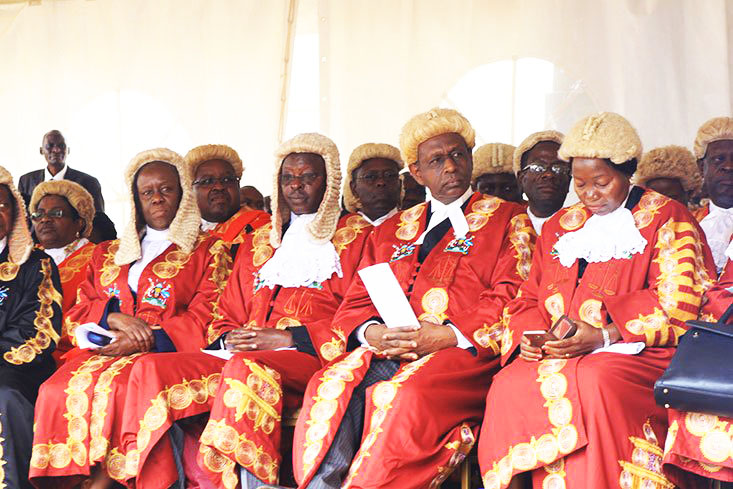 An office attendant attached to the Judiciary Accounts division has told Members of Parliament how her supervisors sent her to pick cash in the financial year 2017/2018.

Juliet Kusiima who testified before Parliament’s Public Accounts Committee (PAC)- Central Government on Tuesday said that she was on several occasions sent by her bosses to pick huge amounts of money in cash from the Judiciary Cashier.

Kusiima’s name appears on the list of missing expenditure totalling Shillings 1.754 billion being queried by the Committee.

According to PAC lead counsel Michael Tusiime representing Mbarara Municipality, Kusiima according to the list signed for close to a billion Shillings an amount that is way much outside her entitlement.

Asked the purpose of the money she received, Kusiima told PAC that she used to sign for the money on behalf of his supervisors she identified as Michael Okwalinga, the Senior Accounts Assistant, Accounts officer Julius Obai and Accountant Julius Mandu.

She revealed that the money was being picked from a Cashier identified as Thomas Oke, from where she could append her signature before delivering it to the three.

Questioned by MP Tusiime whether she had a job description and whether drawing money was part of it, Kusiima said that she considered the assignment as ‘any other duties’ as described in her appointment letter.

Kusiima revealed that after delivering the money, the bosses could not sign recipient.

Chua West MP Okin Ojara told Kusiima that the funds drawn were huge and they were to cause her problems.

PAC Chairperson Nathan Nandala Mafabi questioned how the accounting officer at the time, Permanent Secretary Kagole Kivumbi concluded on making a payment voucher in the name of the office attendant for activities that were meant to be carried out by her supervisors.

But Kivumbi said that all the money had been accounted for and the Inspectorate of Government is currently reviewing them. Nandala declined his submission saying that the office attendant had been used to defraud government.

MP Tusiime said that according to the development, Kusiima was to be held accountable for the 900 million missing money.

PAC directed that the Kusiima’s former supervisors appear before the committee next week for interrogation.