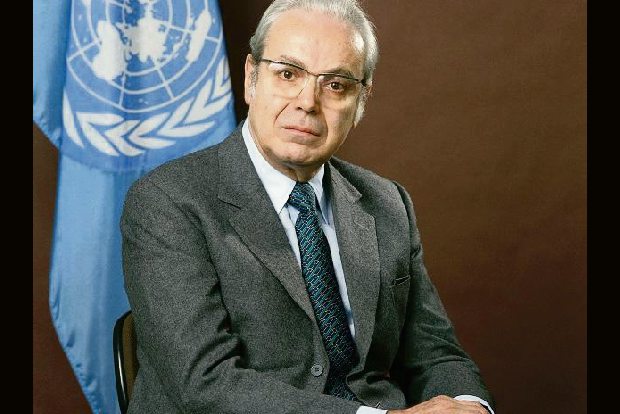 A key achievement he has made is negotiating a ceasefire between Iran and Iraq in 1988 after eight years of conflict. António Guterres, the current UN Secretary General, said in a statement that he was profoundly saddened by the news.

“He was an accomplished statesman, a committed diplomat and a personal inspiration who left a profound impact on the United Nations and our world,” Mr Guterres added. In a tweet, Peru’s President Martín Vizcarra called Mr Pérez de Cuéllar “a full-hearted democrat who dedicated his entire life to work to enlarge our country.

At the UN he presided over the influential Security Council and, as a special representative, brokered a peace deal between Greece and Turkey in 1974, following the Turkish invasion of Cyprus. In 1981 he was named as the UN’s fifth Secretary General – its first from Latin America – and led the international body during some of the most critical years of the Cold War between America and the Soviet Union.

He made an unsuccessful bid for Peru’s presidency in 1995, losing to the country’s deeply divisive leader Alberto Fujimori. The country’s newly-elected President Alejandro Toledo later appointed him as ambassador to France. A funeral is planned for Friday.